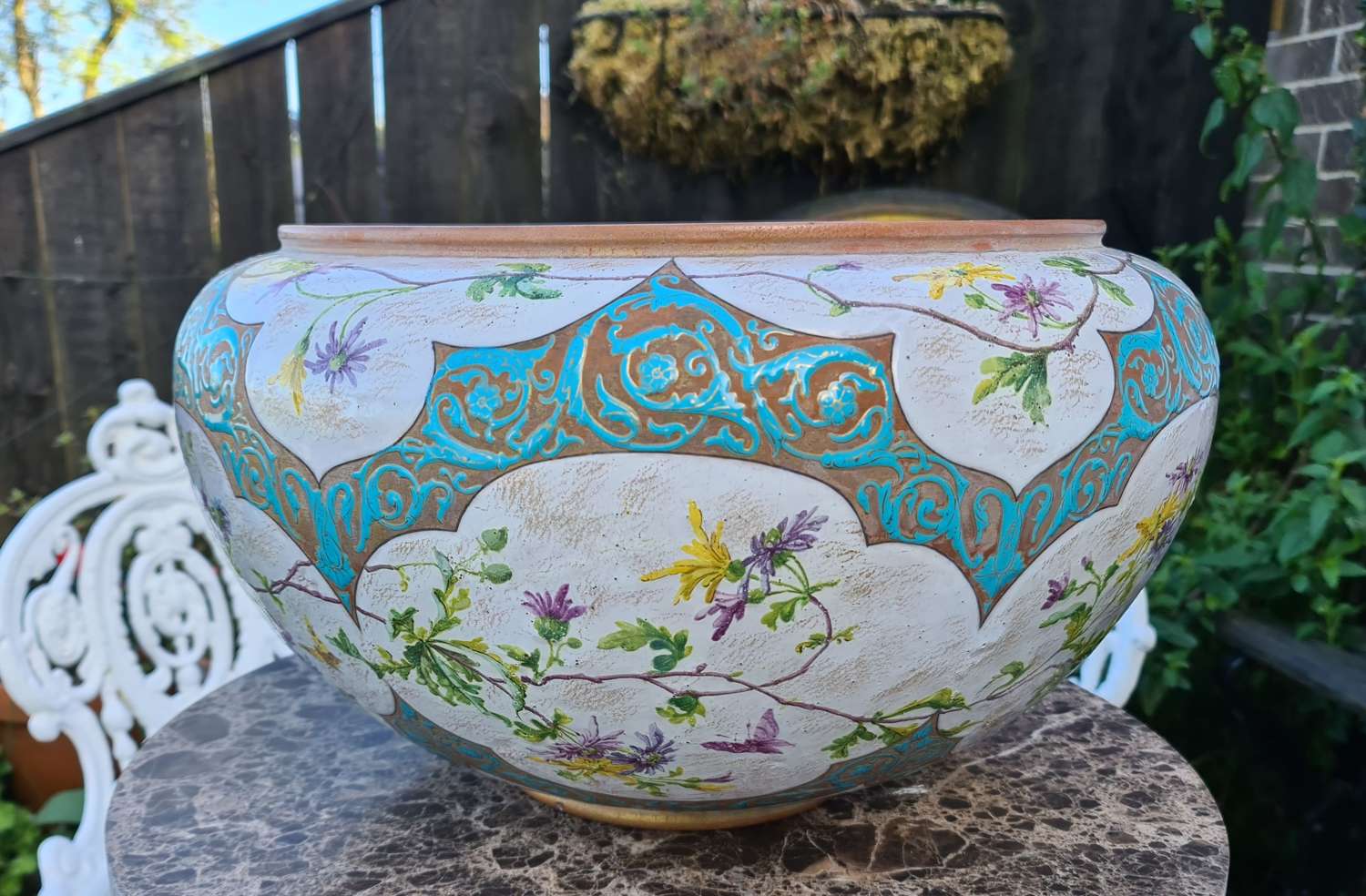 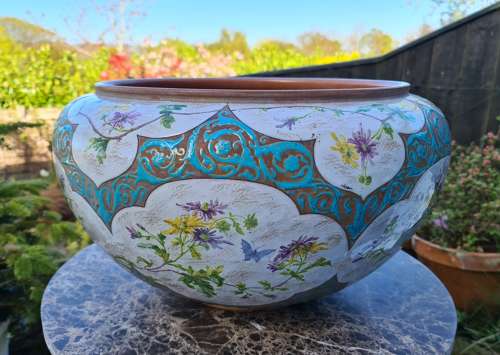 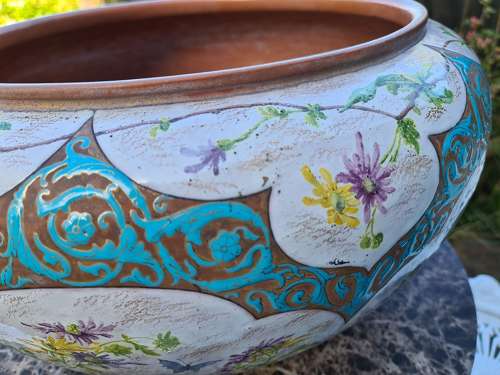 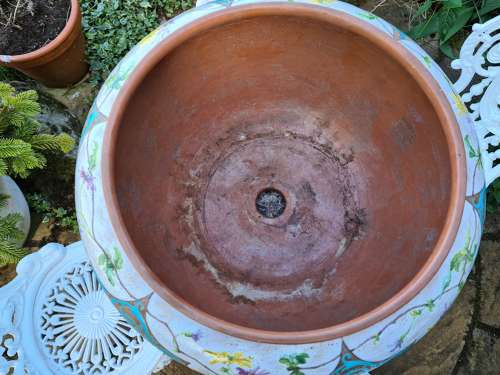 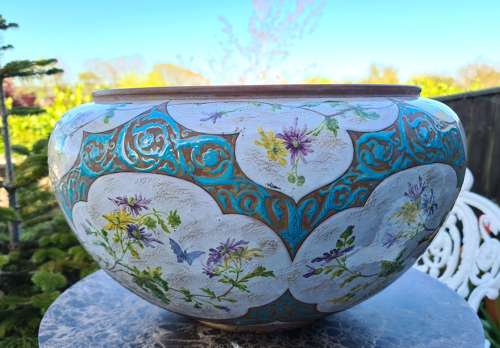 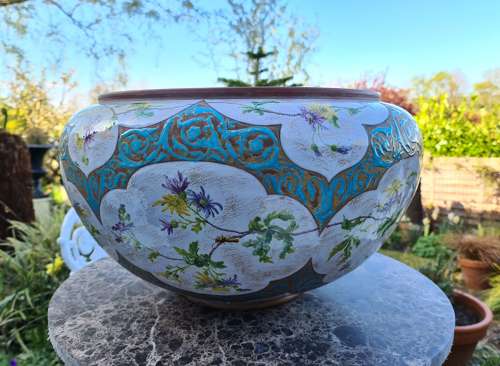 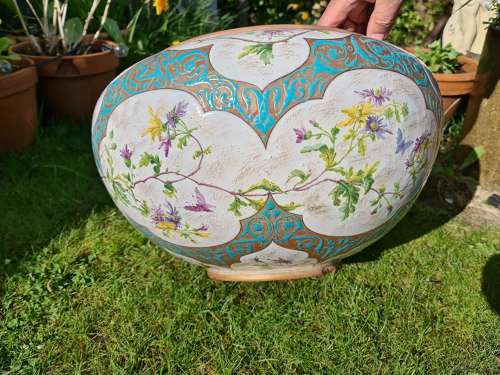 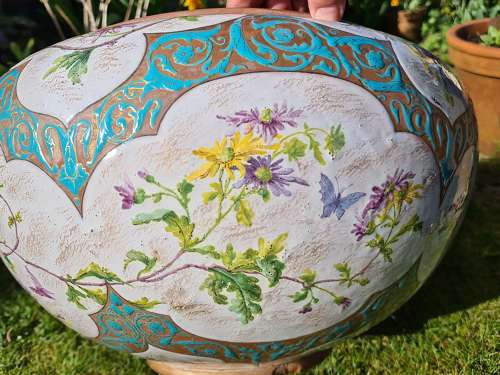 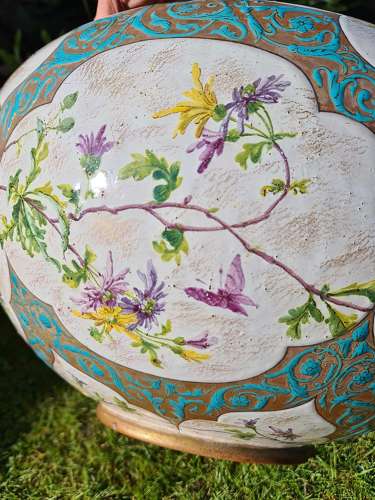 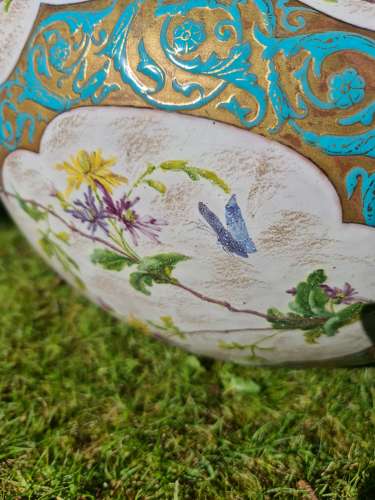 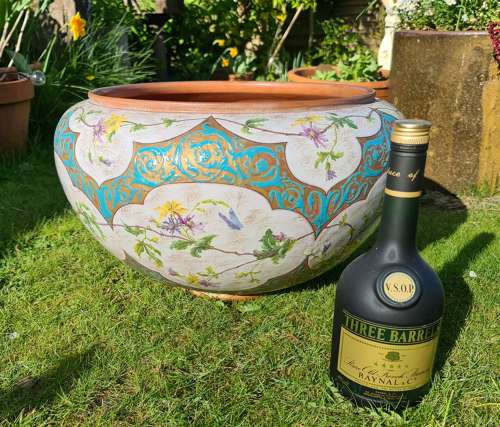 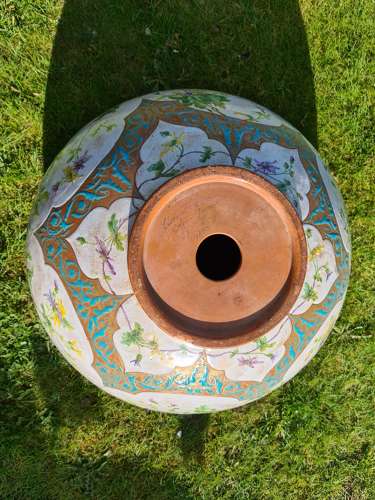 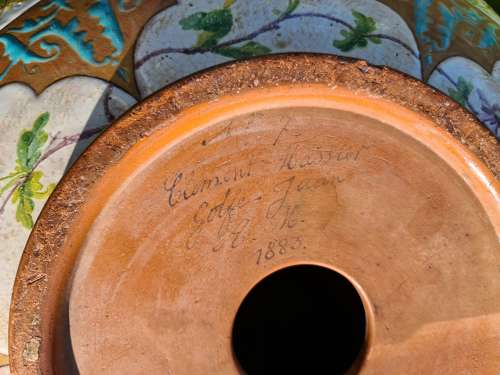 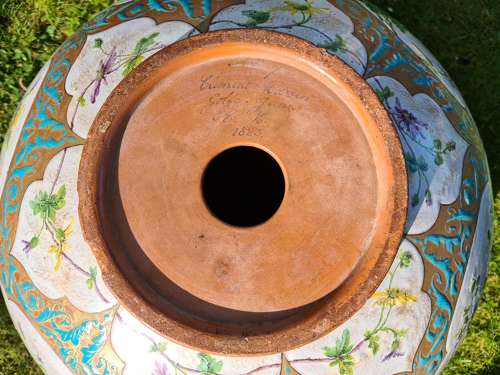 The Massier family of potters date from the early 19th Century through to the early 20th Century, Clement and his brother started a ceramics factory in Vallauris France in the late 19th century.

Using beautiful contemporary colours for this era, with delicate flowers and butterflies, this jardiniere is in sound condition and would enhance any interior design.