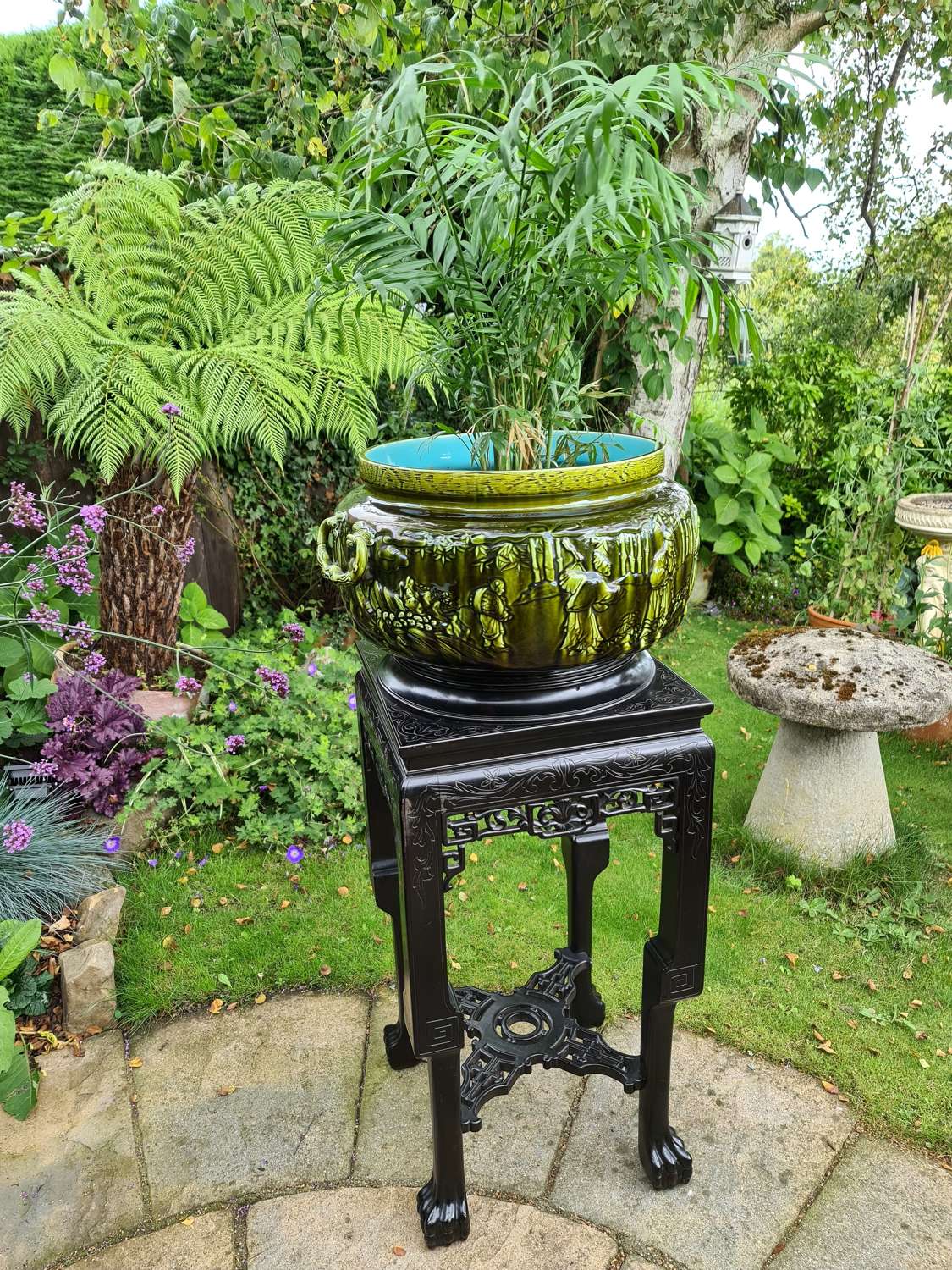 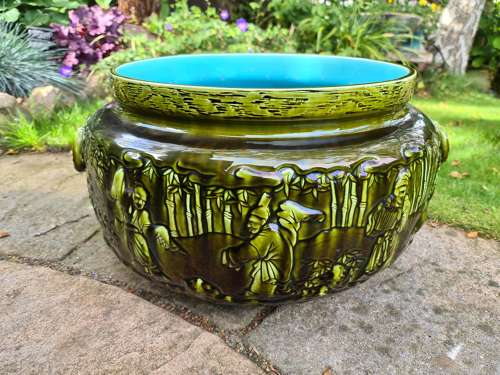 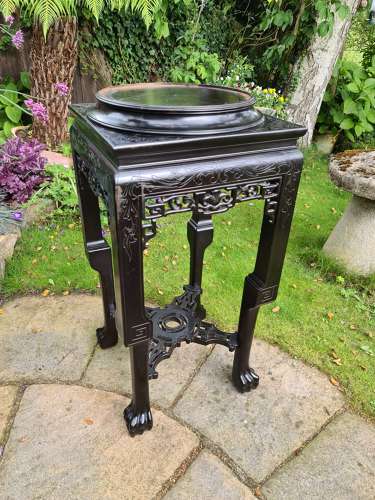 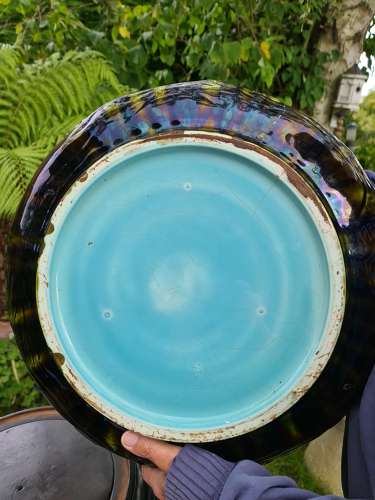 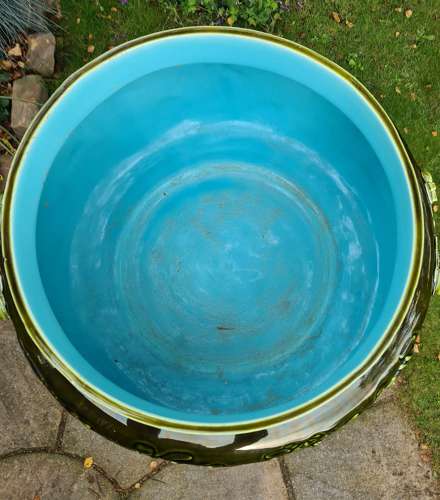 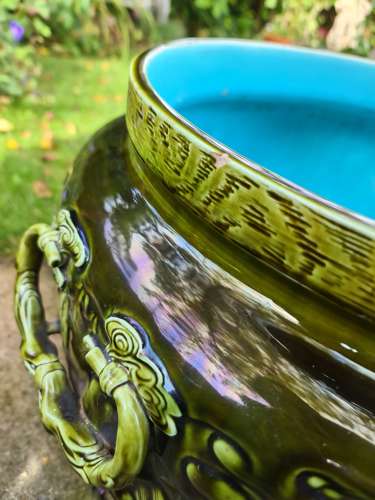 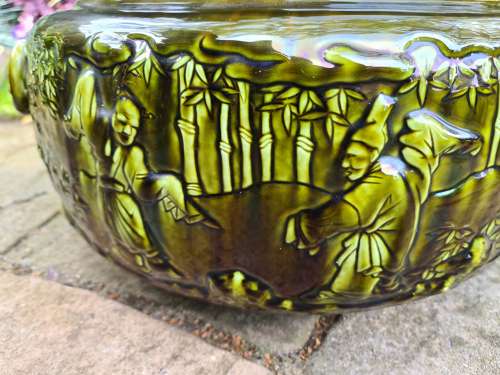 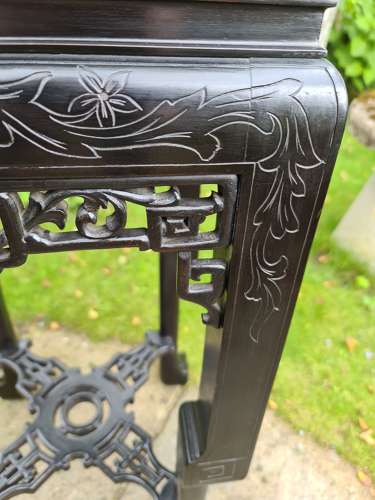 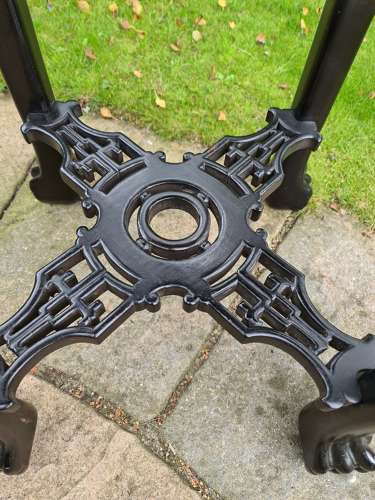 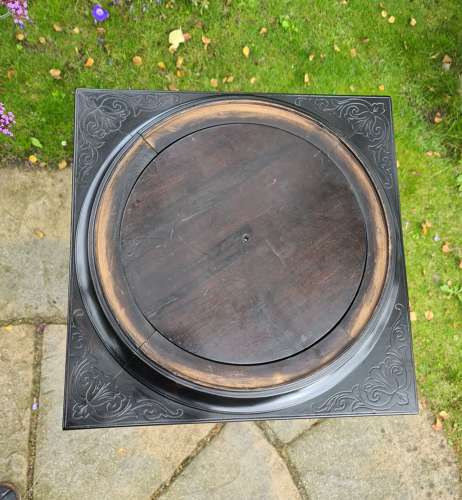 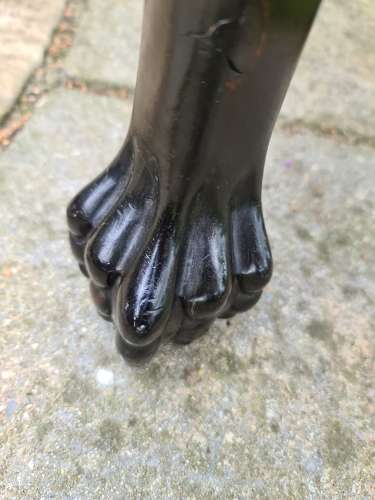 French Victorian green Majolica porcelain jardinière surrounded with Asian scenes in relief and two handles. Together with a bespoke Chinese stand with fretwork frieze, central cross stretchers standing on large paw feet. This is a very unusual and outstanding, huge jardiniere on a wonderful bespoke stand made for the jardiniere. A truly fabulous interiors piece.

Sarreguemines is a town in the Northeast of France. It was transferred to Germany in 1871, with the Treaty of Frankfurt following the Franco-Prussian War. From 1871 to 1918 it formed part of the German imperial province of Alsace-Lorraine and manufactured plush velvet, leather, faience and porcelain, and was a centre for making papier-mâché boxes, mostly used for snuffboxes. It was returned to France after World War I.