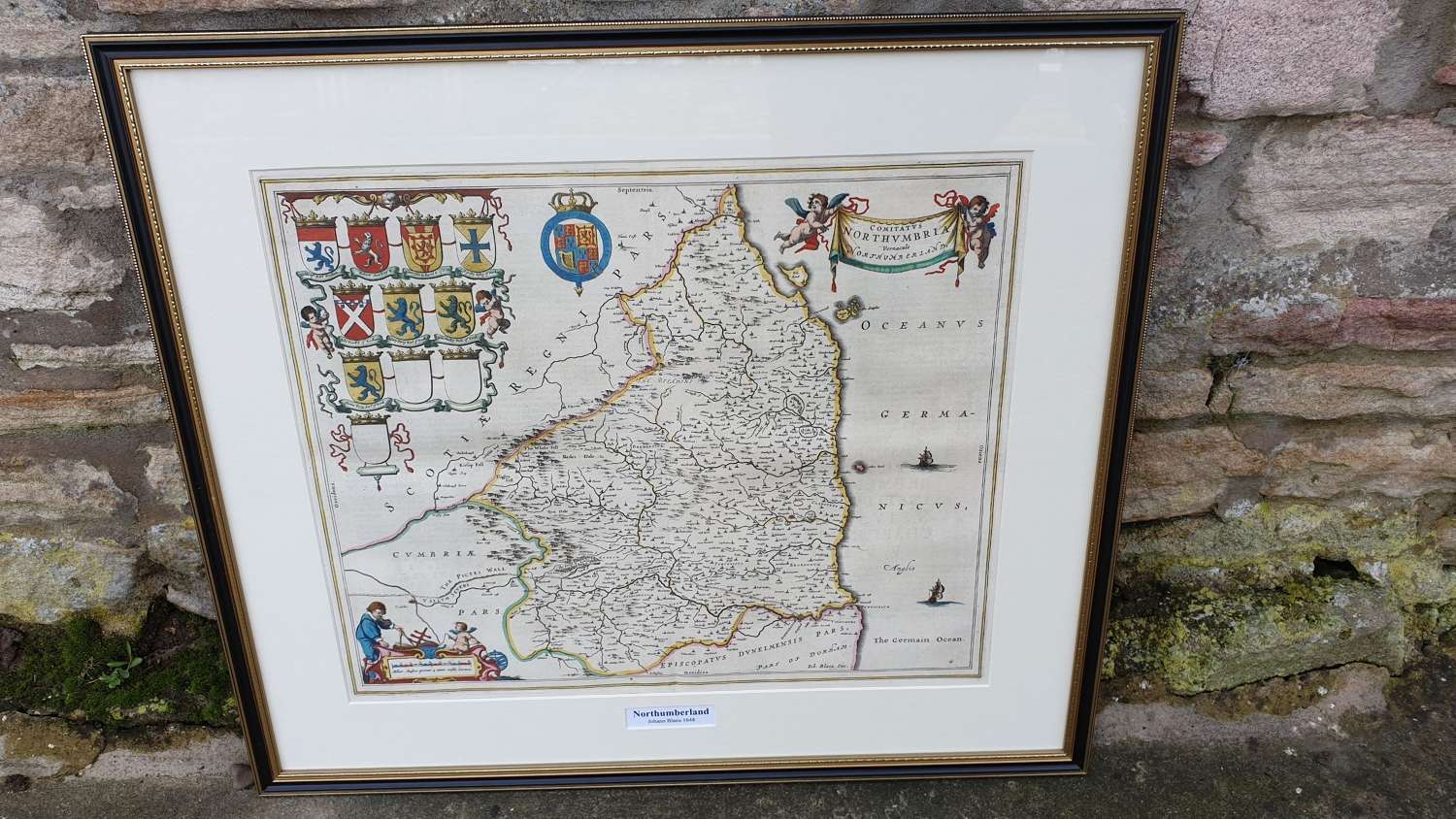 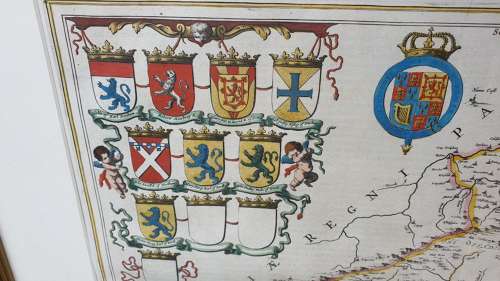 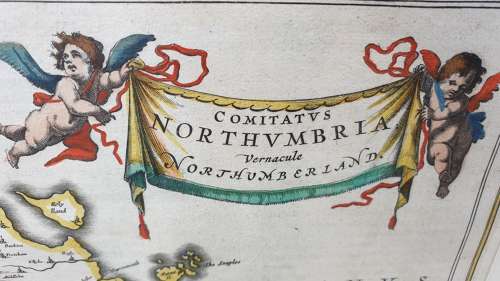 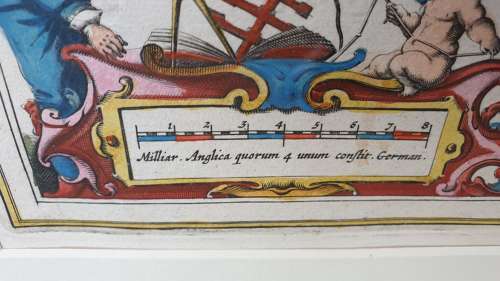 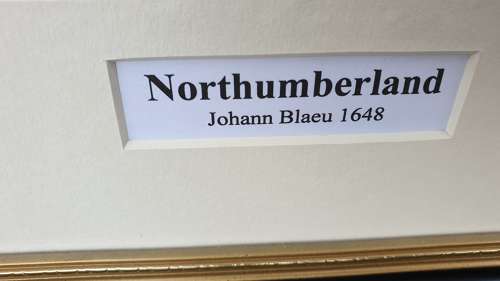 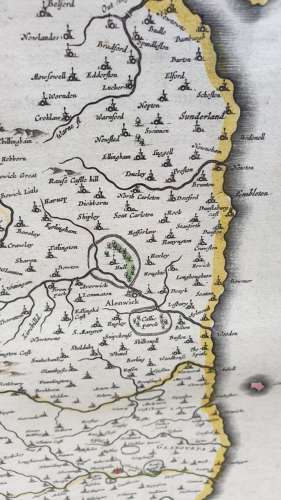 Johannes Blaeu’s map of Northumberland, from a German edition of the Blaeu Atlas Major. The borders of the county, as well as adjoining parts of Scotland, Cumbria, and County Durham, are outlined in hand colour, and principal locations, including Newcastle, Carlisle, and Alnwick are picked out in red. Rivers, hills, and forests are showed pictorially, and the path of Hadrian’s Wall, here erroneously called the ‘Pictes Wall’ is illustrated as a crenellated red line. The map is further ornamented by a pair of sailing ships in the German Ocean, a bank of crests including the royal arms, and a pair of cartouches. One, containing the title, is held aloft by cherubs, while the other contains a scale in English and German miles.  A very decorative map of Northumberland, the northernmost ceremonial county and a unitary district in North East England.