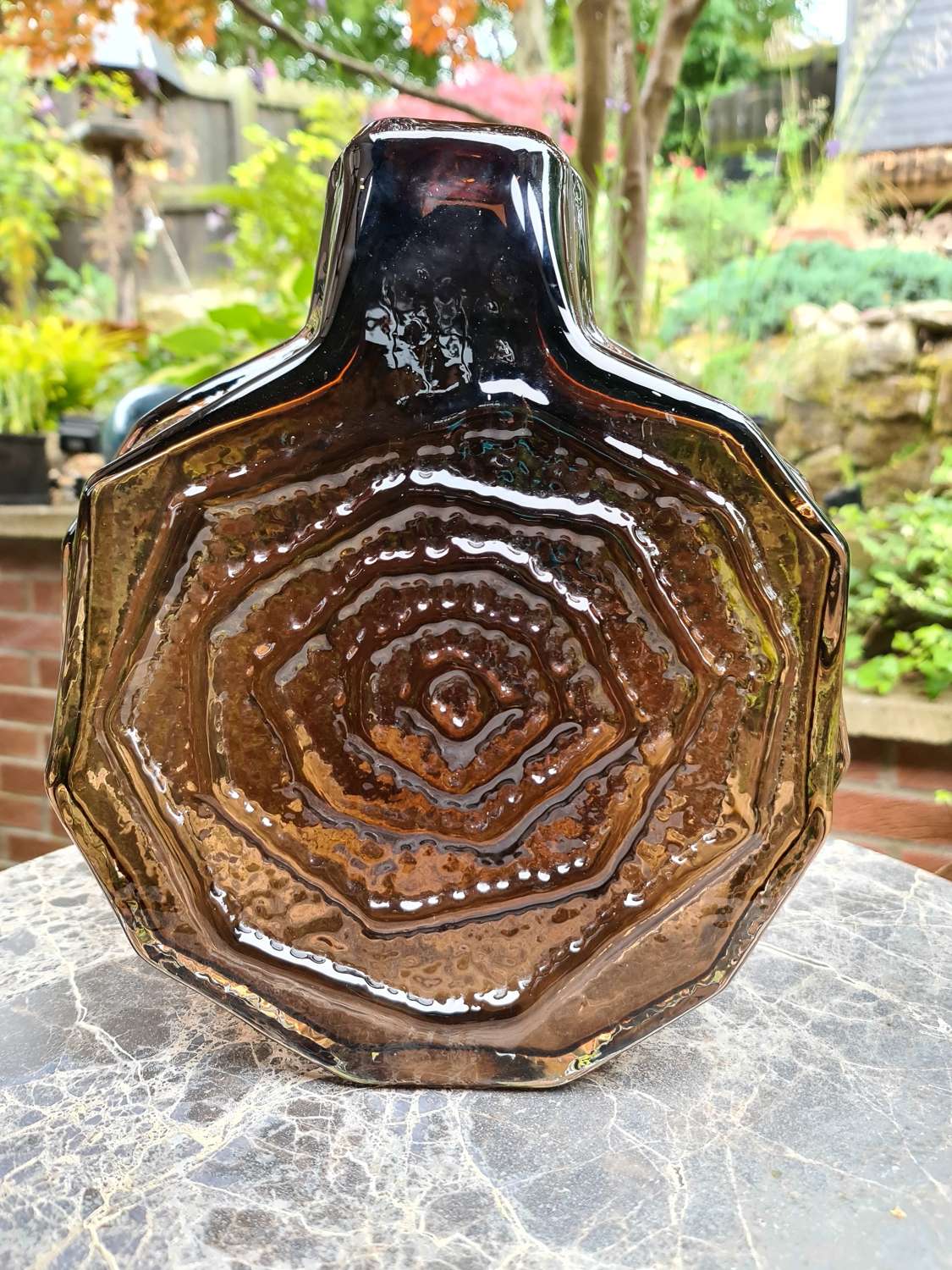 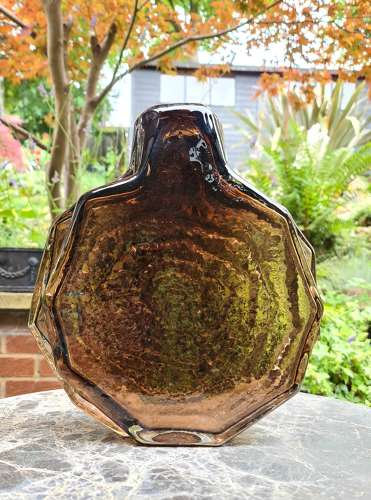 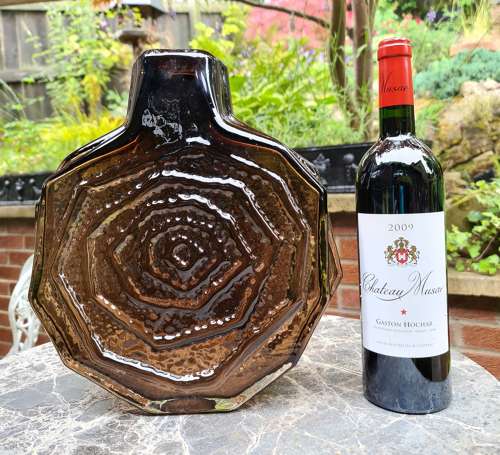 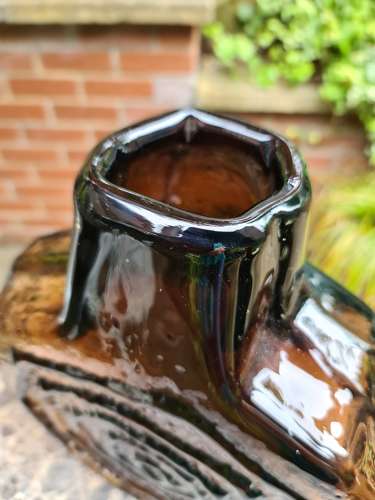 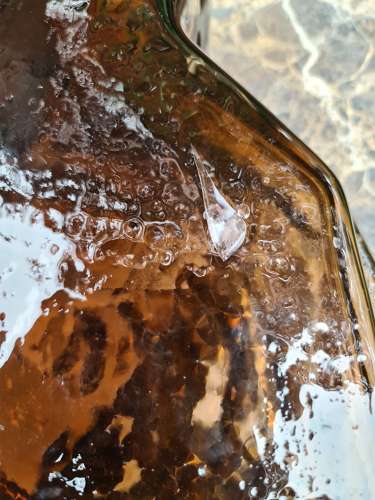 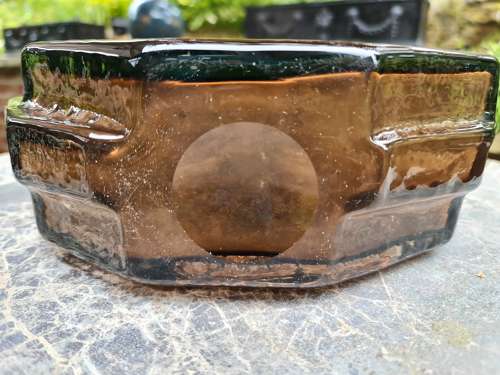 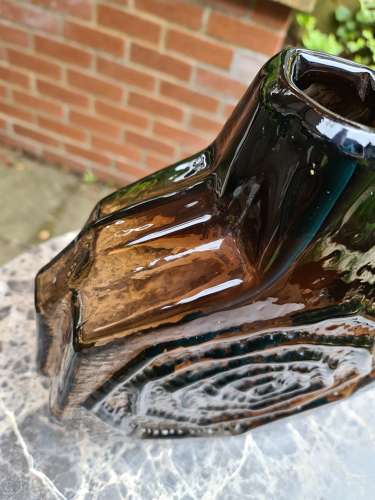 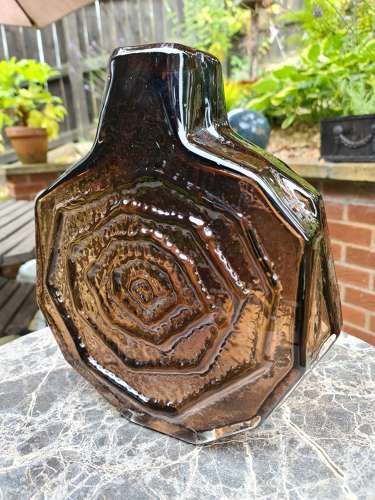 A beautiful, rare example of Whitefriars, London glass. The "Banjo" vase was designed by Geoffrey Baxter in the 'Textured' series, this example is in the rarer 'Cinnamon' colour.