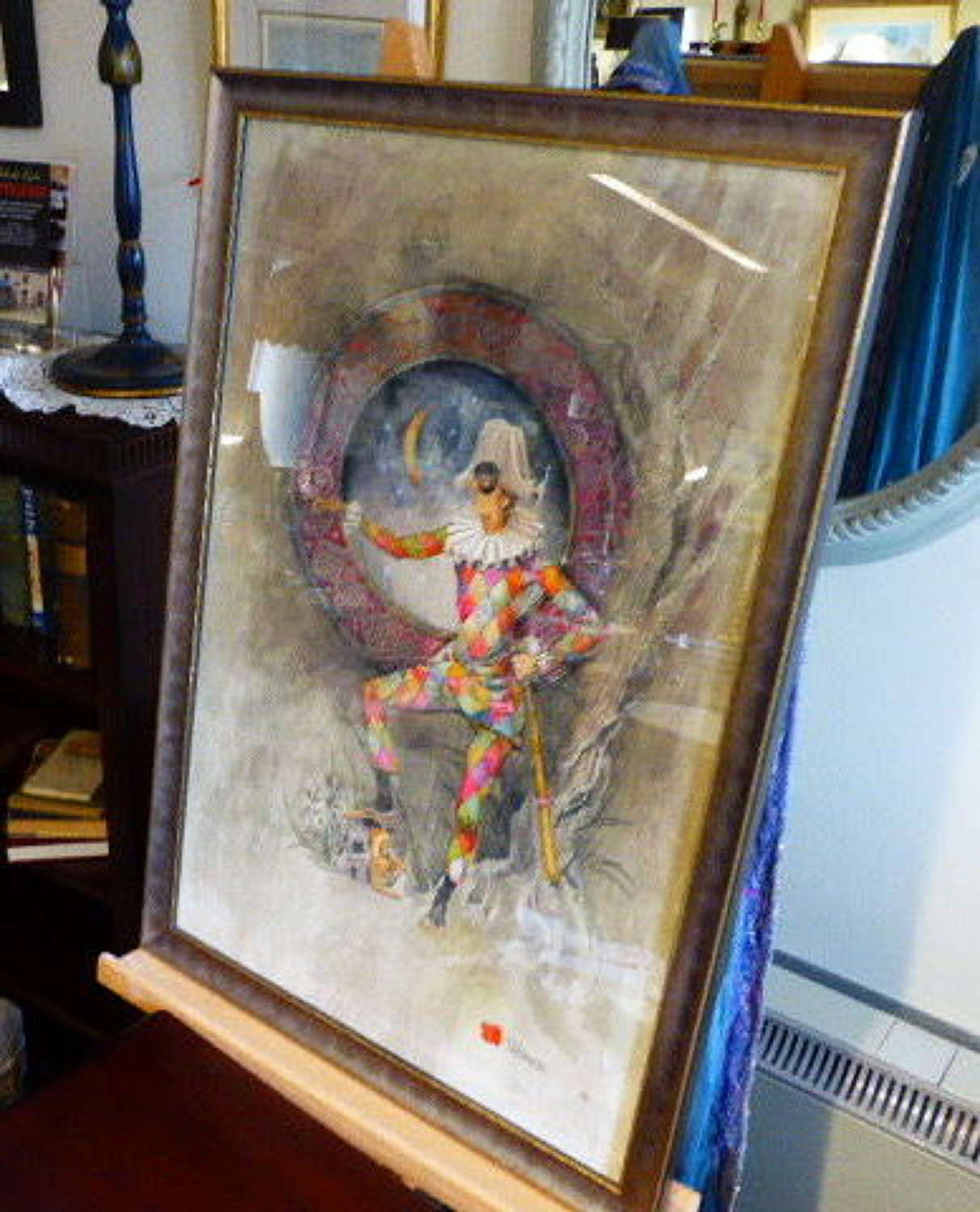 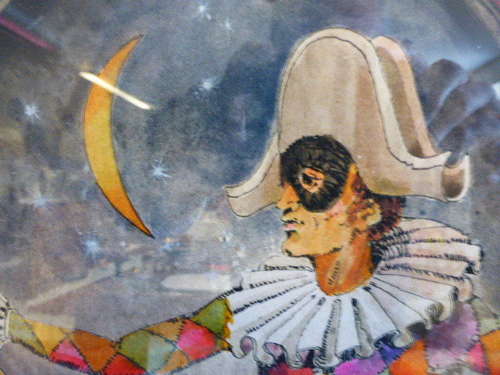 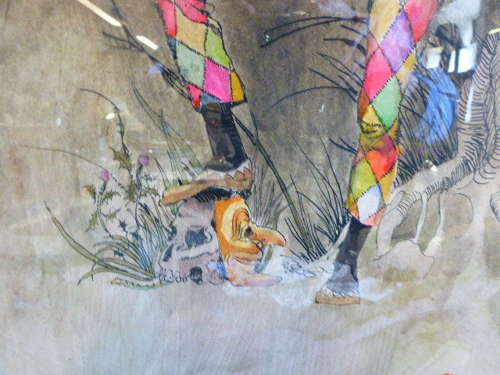 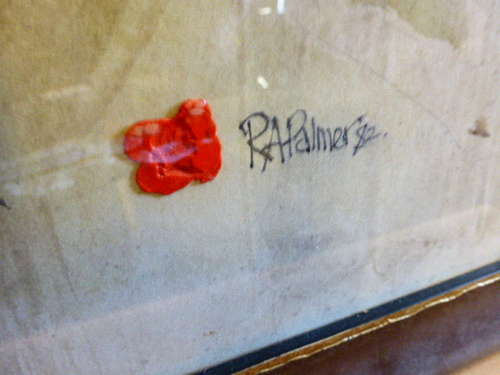 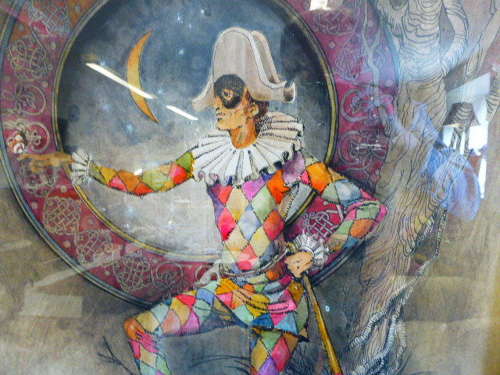 Beautiful Original Watercolour of Harlequin by a Window.

An original watercolour of a "Harlequin" pictured standing by a round window to the night sky, extremely well painted, it is signed by the artist R. A. Palmer and dated 1982.  It comes complete in a stylish frame.

"The Harlequin character first appeared in England early in the 17th century and took center stage in the derived genre of the Harlequinade, developed in the early 18th century by John Rich.[3] As the Harlequinade portion of English dramatic genre pantomime developed, Harlequin was routinely paired with the character Clown. As developed by Joseph Grimaldiaround 1800, Clown became the mischievous and brutish foil for the more sophisticated Harlequin, who became more of a romantic character. The most influential such pair in Victorian England were the Payne Brothers, active during the 1860s and 1870s."