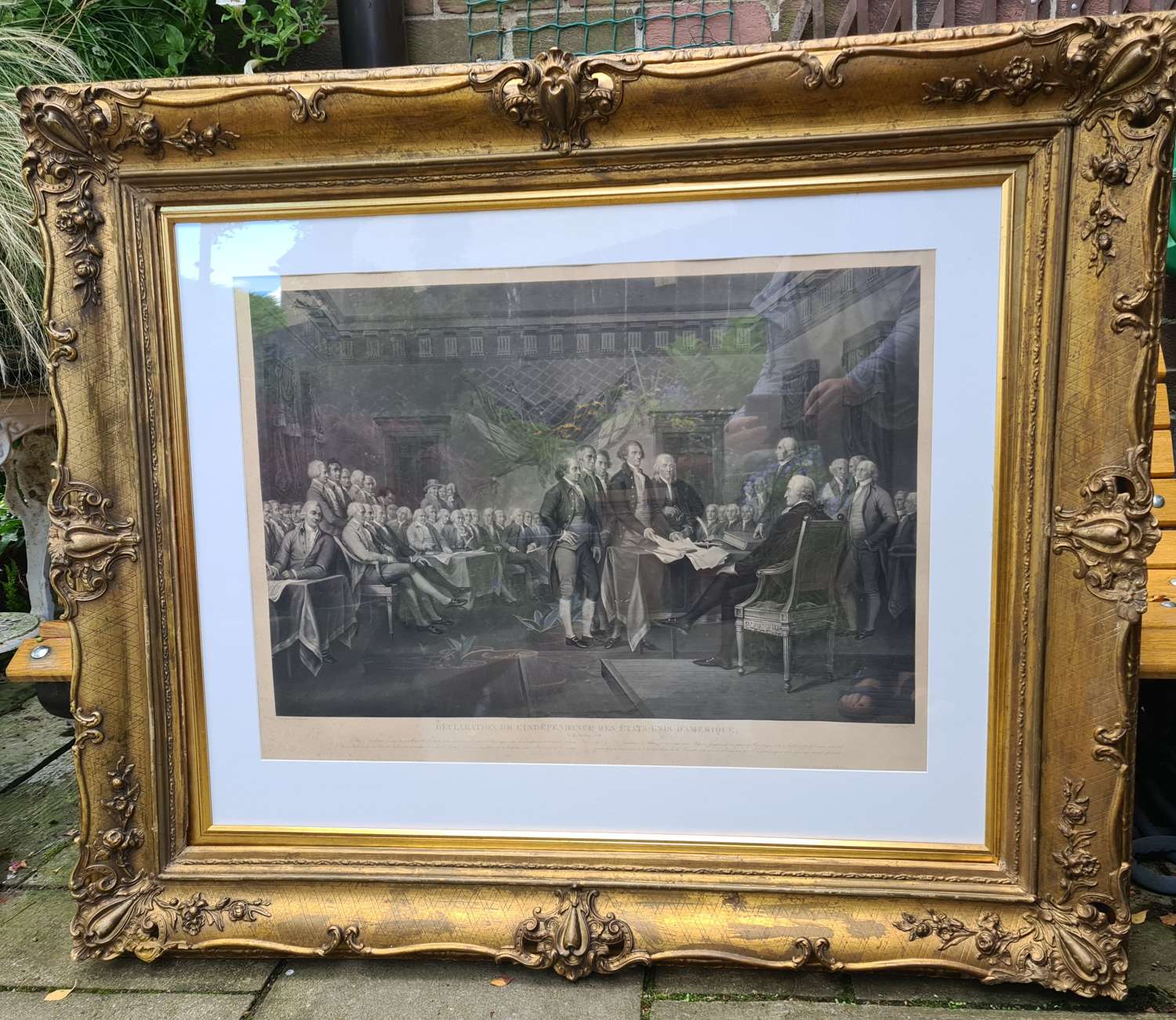 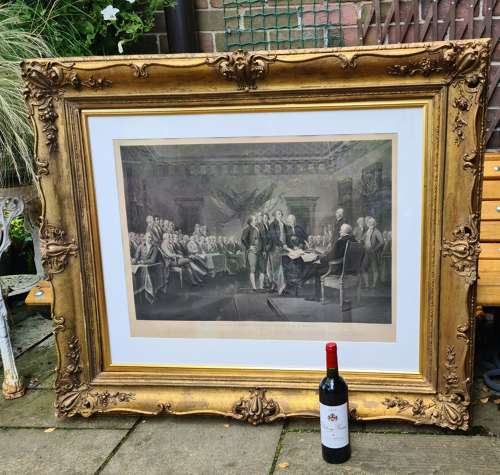 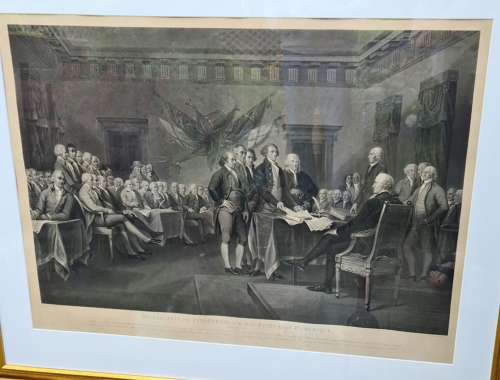 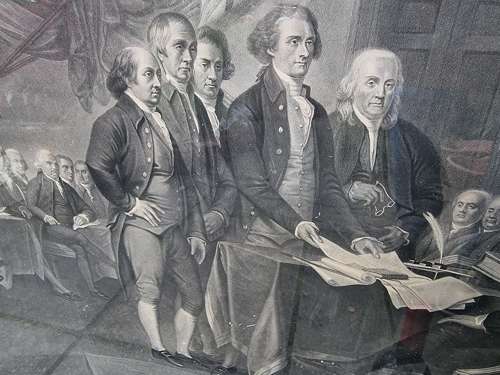 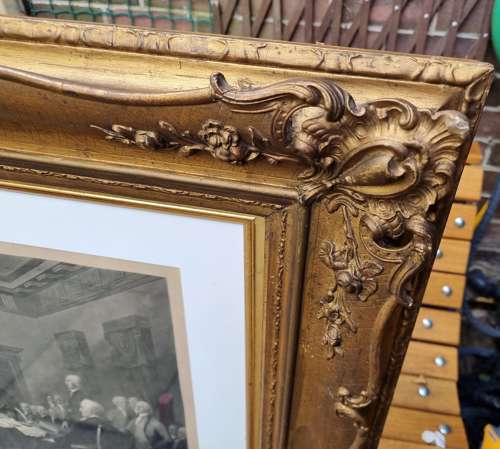 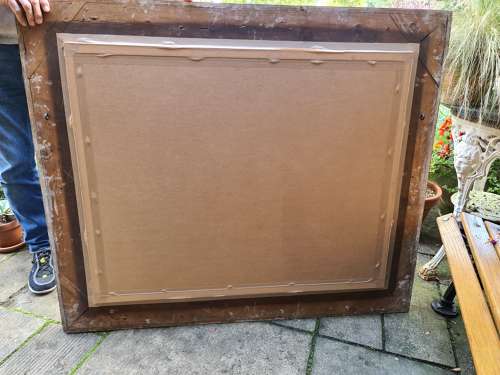 Declaration of Independence of the USA, engraving by Alex Jazet

A large rare 19th Century engraving of  “DECLARATION OF INDEPENDENCE of the United States of America. July 4th, 1776” by Alex Jazet, after the Painting by John Trumbull, shown here after being reframed in a wonderful 19th Century frame (if required, could be sold without the frame for shipping to USA etc.).

John Hancock is shown seated in the foreground as John Adams, Roger Sherman, Robert Livingston, Thomas Jefferson, and Benjamin Franklin present him with the Declaration for his signature. The many delegates from the other states are seated or standing around the perimeter of the room in the background.

The printed text immediately below the engraved image on the margin reads: (in French) “Painted by JOHN TRUMBULL - Engraved by ALEX. JAZET - PARIS Published by BANCE et SCHROTH - PARIS