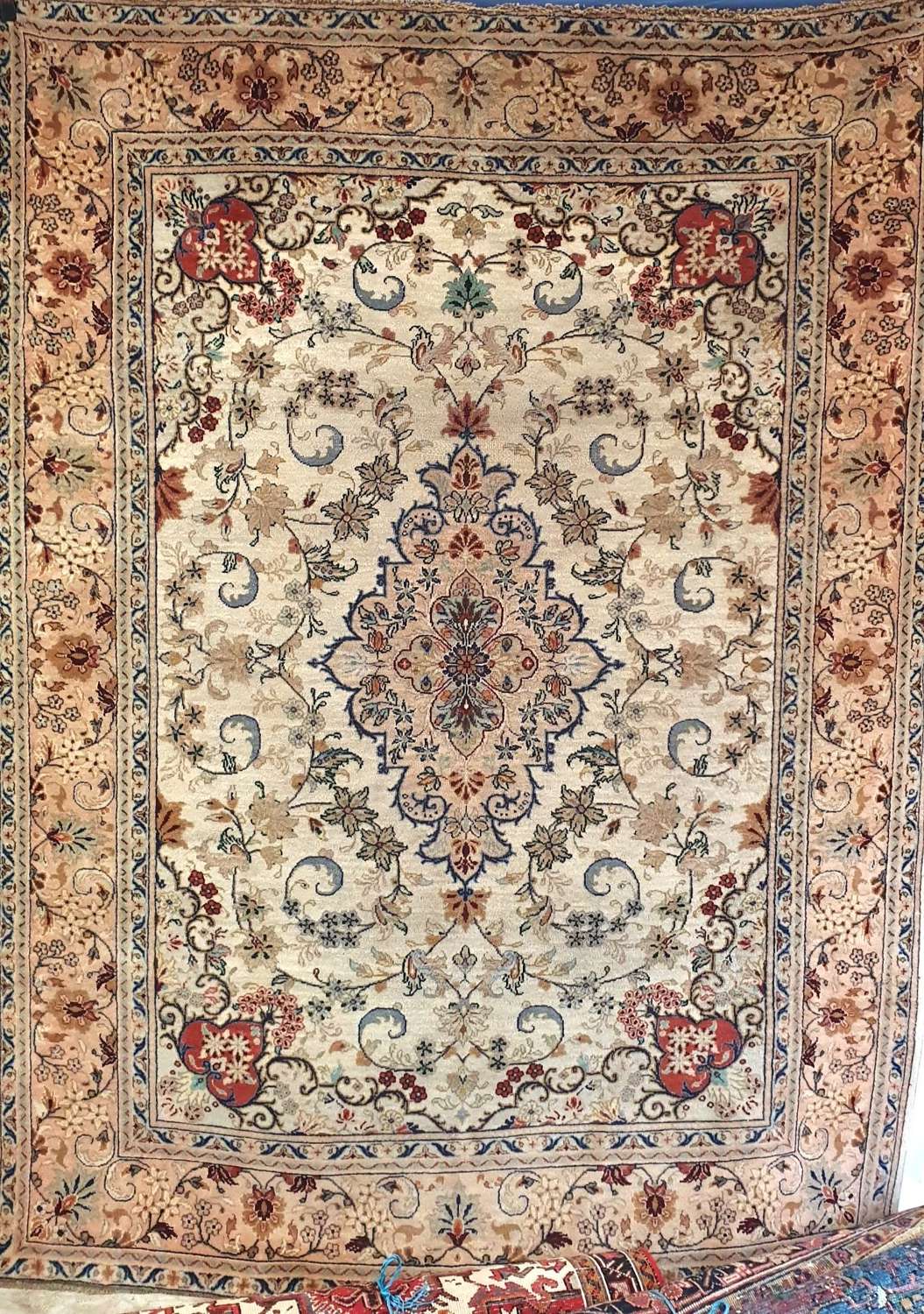 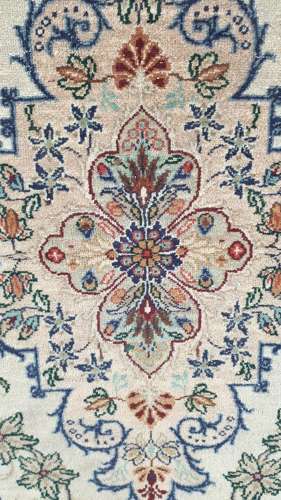 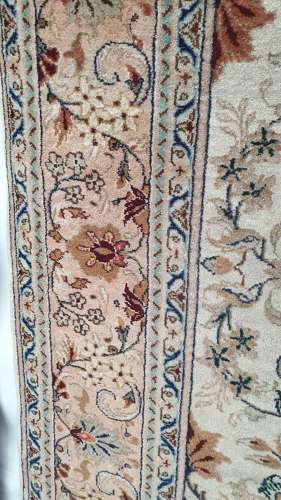 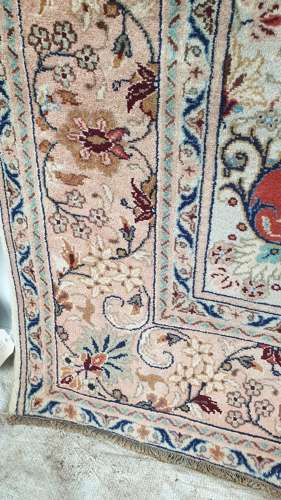 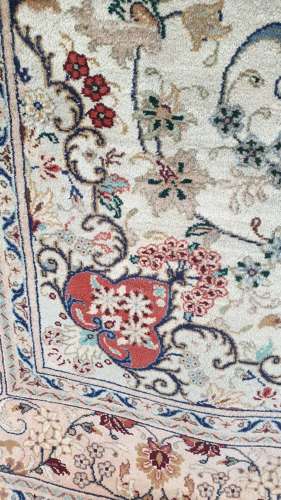 This a beautiful Persian Kashan Rug c. 1900 and a useful size, a typical design with centre medallion and in wonderful condition.

Kashan is located in the centre of Iran in the Isfahan province and is one of Iran’s oldest cities. The area was one of the primary seats of pre-historic civilization, with Sialk only 4km from current day Kashan, of which sections date back more than 6000BC. The city of Kashan got it name from the initial inhabitants, the Kasian people of Tapeh Sialk. Built on the outskirts of the salt lake and desert of Iran, the climate is hot and dry. Some claim that the Three Wise Men hailed from Kashan, whether or not this claim has any grounding the fact the claim is made highlights the prestige of the city in ancient times.

Beautiful Kashan rugs have been crafted here since the 17th century during the Safavid dynasty, with many scholars believing that some of the smaller silk designs date back to the early 16th century. Kashan was a holiday retreat for many of the rulers of the Safavid era, benefiting from stunning architecture and the city is renowned for its stunning holiday homes. The rugs made in Kashan are often instantly recognisable and are amongst the most beautiful and famous of all Persian rugs. For many, when they think of a Persian rug, the image they see in their head is that of the traditional Kashan rug with central medallion on a red field with navy and ivory borders (middle below).