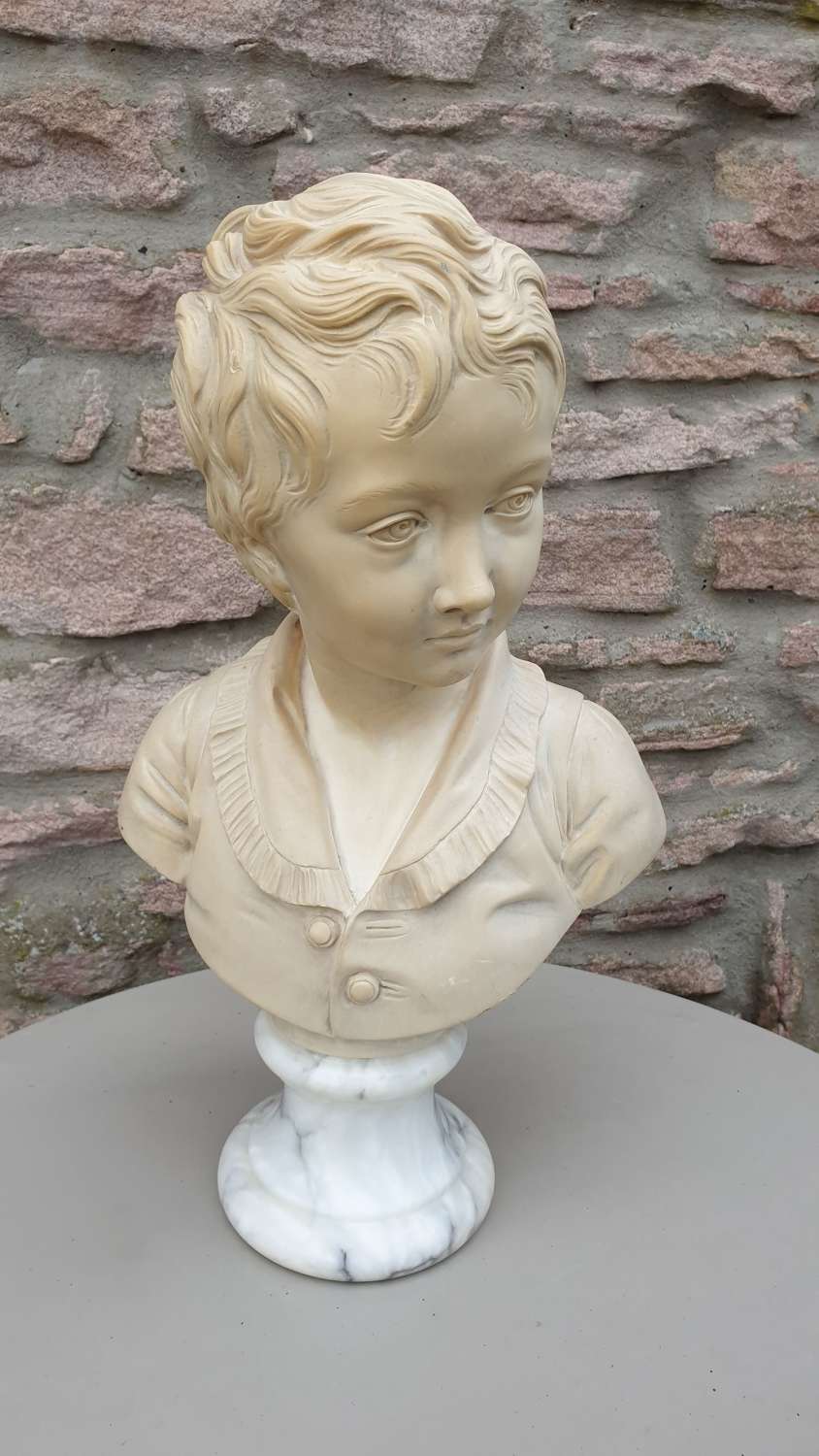 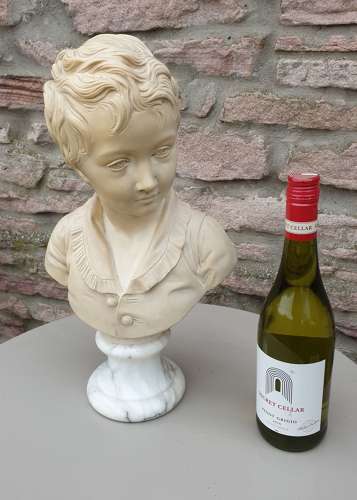 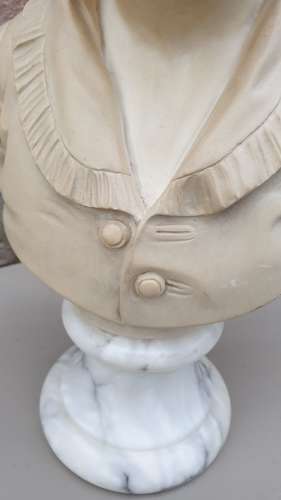 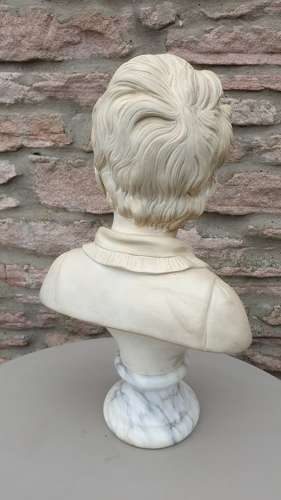 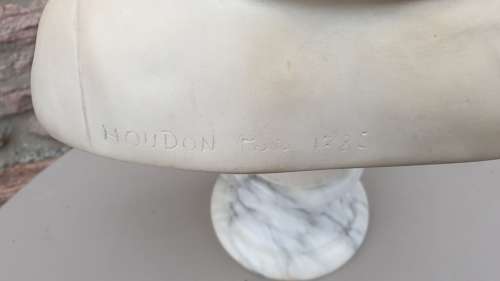 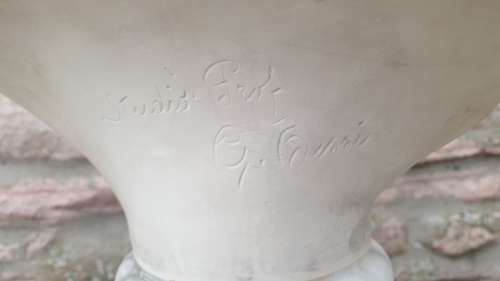 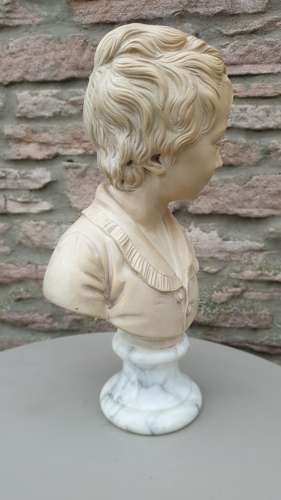 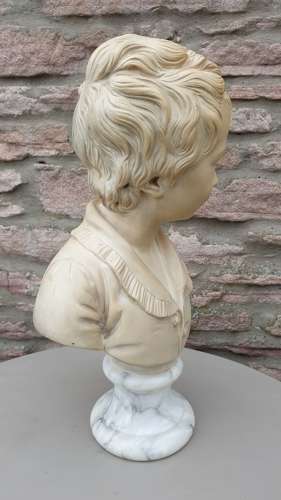 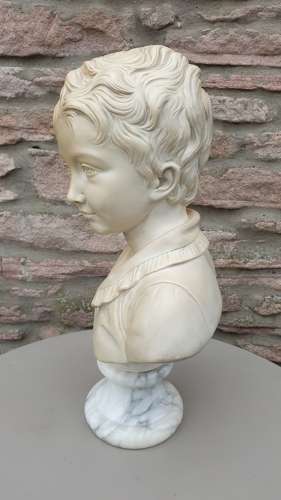 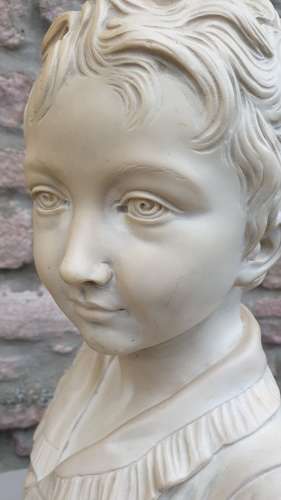 An alabaster bust created in the studio of Professor Giuseppe Bessi, an early 20th Century copy (circa 1910) of a bust by Jean-Antoine Houdon (Paris), set on a marble base.

Giuseppe (Professor) Bessi was an Italian sculptor famed for his lifelike busts and sculptures, such as prominent figures Ludwig van Beethoven, Joan of Arc, and Dante Alighieri’s muse Béatrice. To create his highly detailed sculptures, Bessi predominantly utilized alabaster and marble and combined Neoclassical and Art Nouveau styles. Born in 1857 in Volterra, Italy, he went on to study at the Academy of Fine Arts in Florence. He then returned to his hometown in 1872 to establish his workshop, and also became the director of the Art School of Volterra. During his life, Bessi’s works were included in the World’s Fair in Paris, Turin, and St. Louis. His sculptures and busts are in the collections of the Hermitage in St. Petersburg and the Ecomuseo dell’Alabastro in Volterra. Bessi died in 1922 in Volterra, Italy.