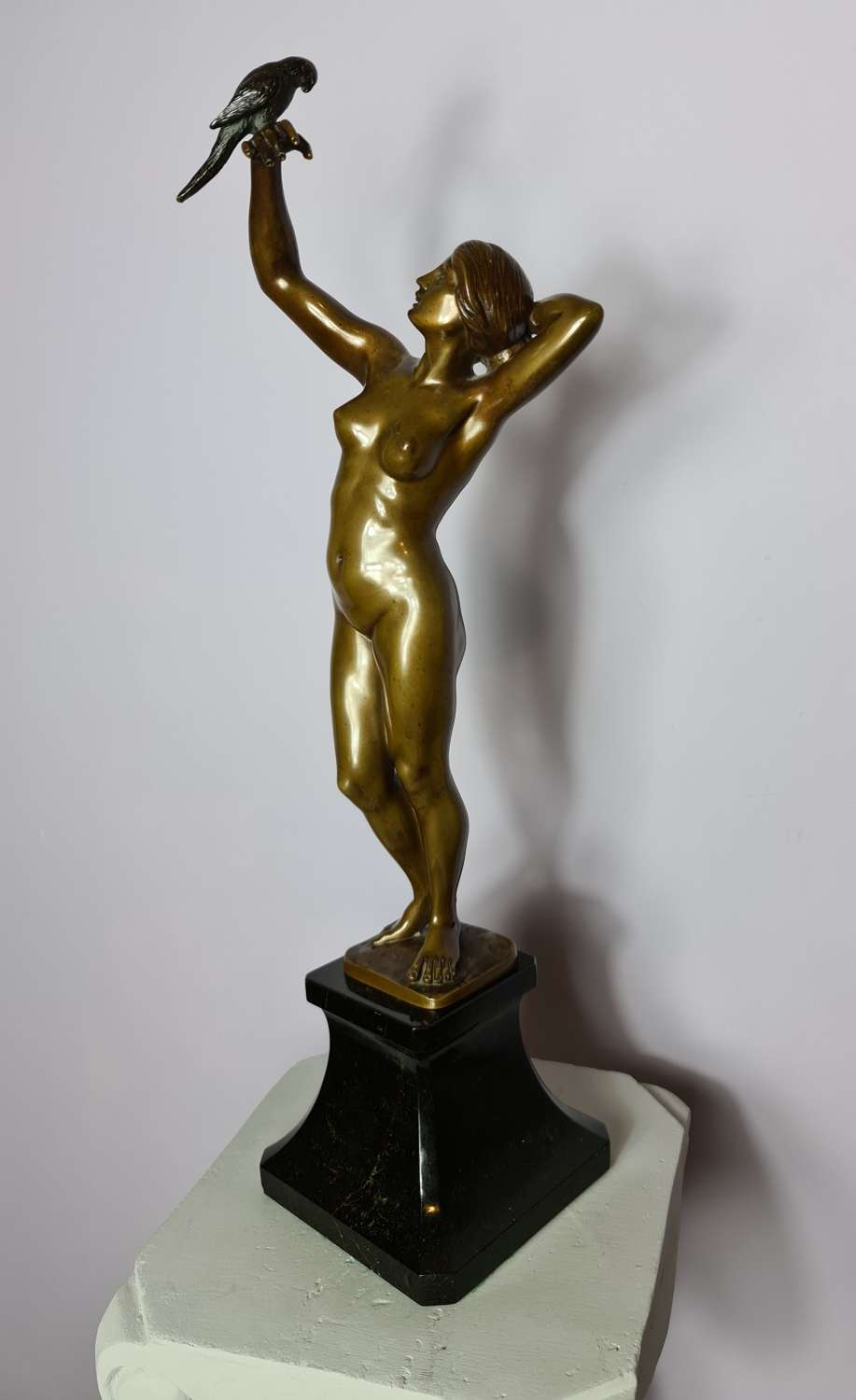 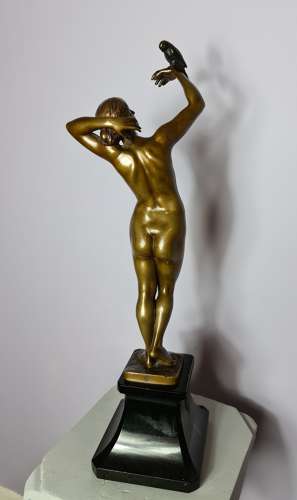 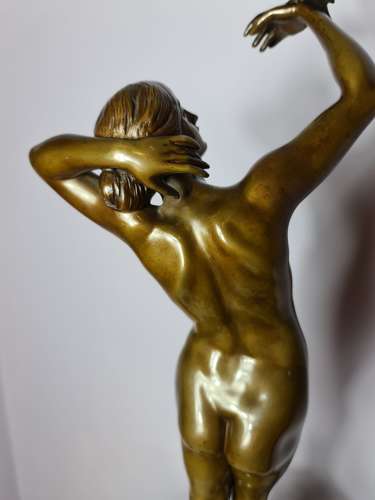 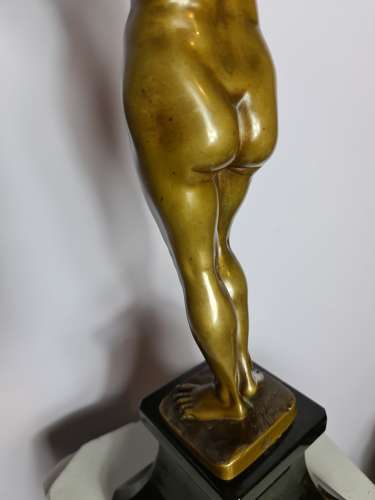 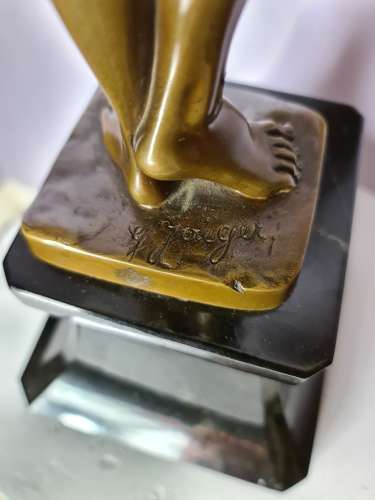 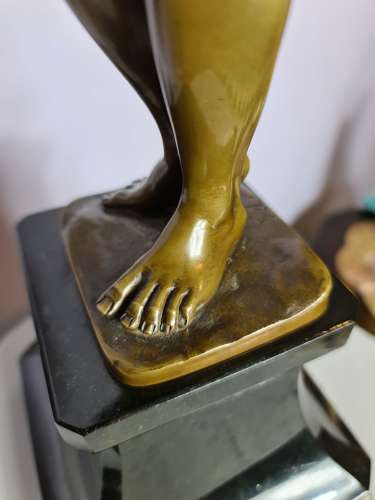 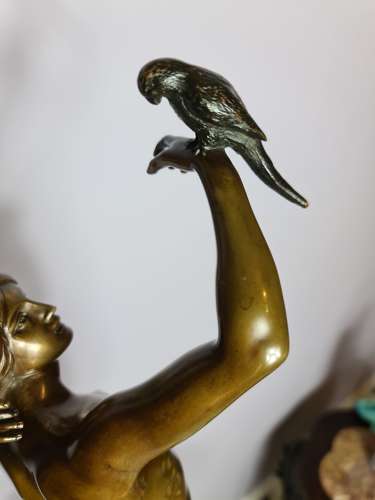 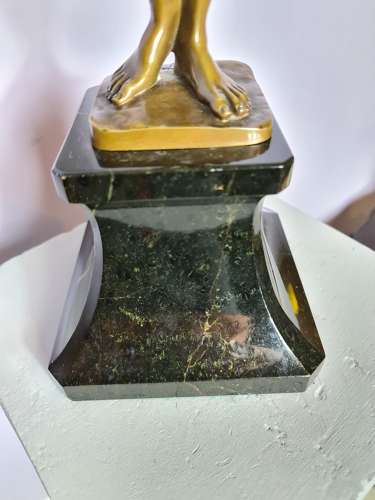 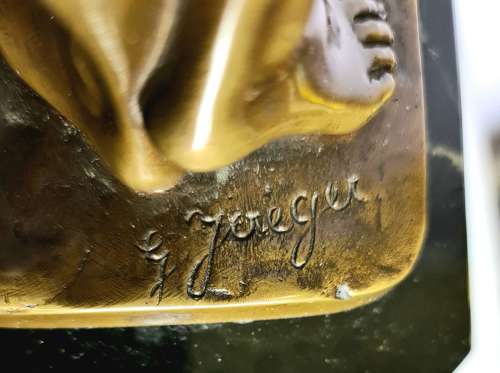 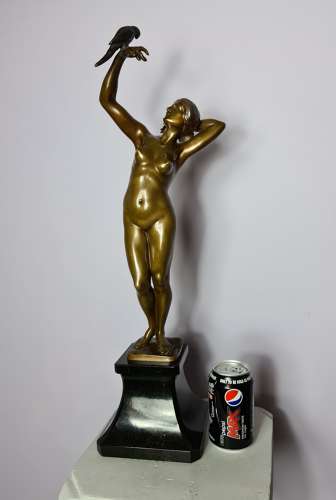 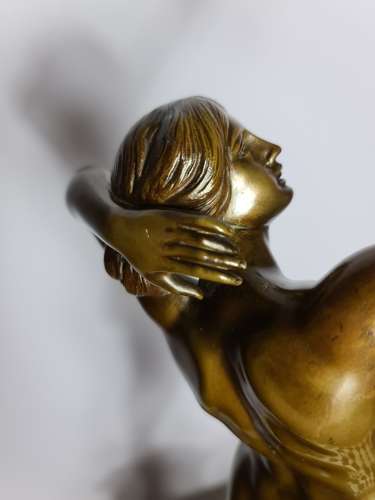 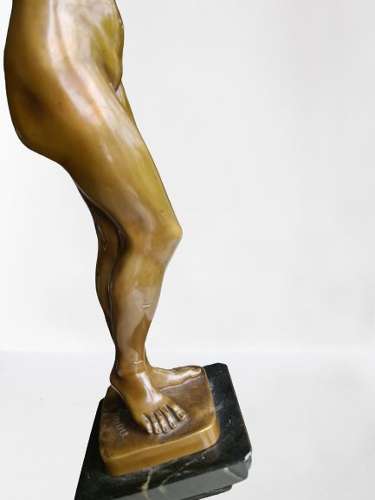 A beautiful patinated Art deco bronze figure standing on a shaped Marble base. Signed Jaeger in the bronze. Made in Germany c 1920.

This figure is shown in Bermans Bronzes vol 4 ref 4226 Gotthilf Jaeger born 29 June 1871 in Cologne and died in 1933 in Berlin. Jaeger was a student of the sculptor Hermann Volz at the State Academy of Fine Arts Karlsruhe from 1892 to 1893. He also studied at the Städel Art Institute in Frankfurt am Main and the Royal Prussian College of Metal industry in Iserlohn. Later he taught at the Ducal School of Applied Arts and College in Pforzheim.

His numerous bronze figures often show female and male nudes in the Art Nouveau style, many with a mythological subject, later works were based on the Art Deco style. His works are featured in many collections in Germany and Austria.