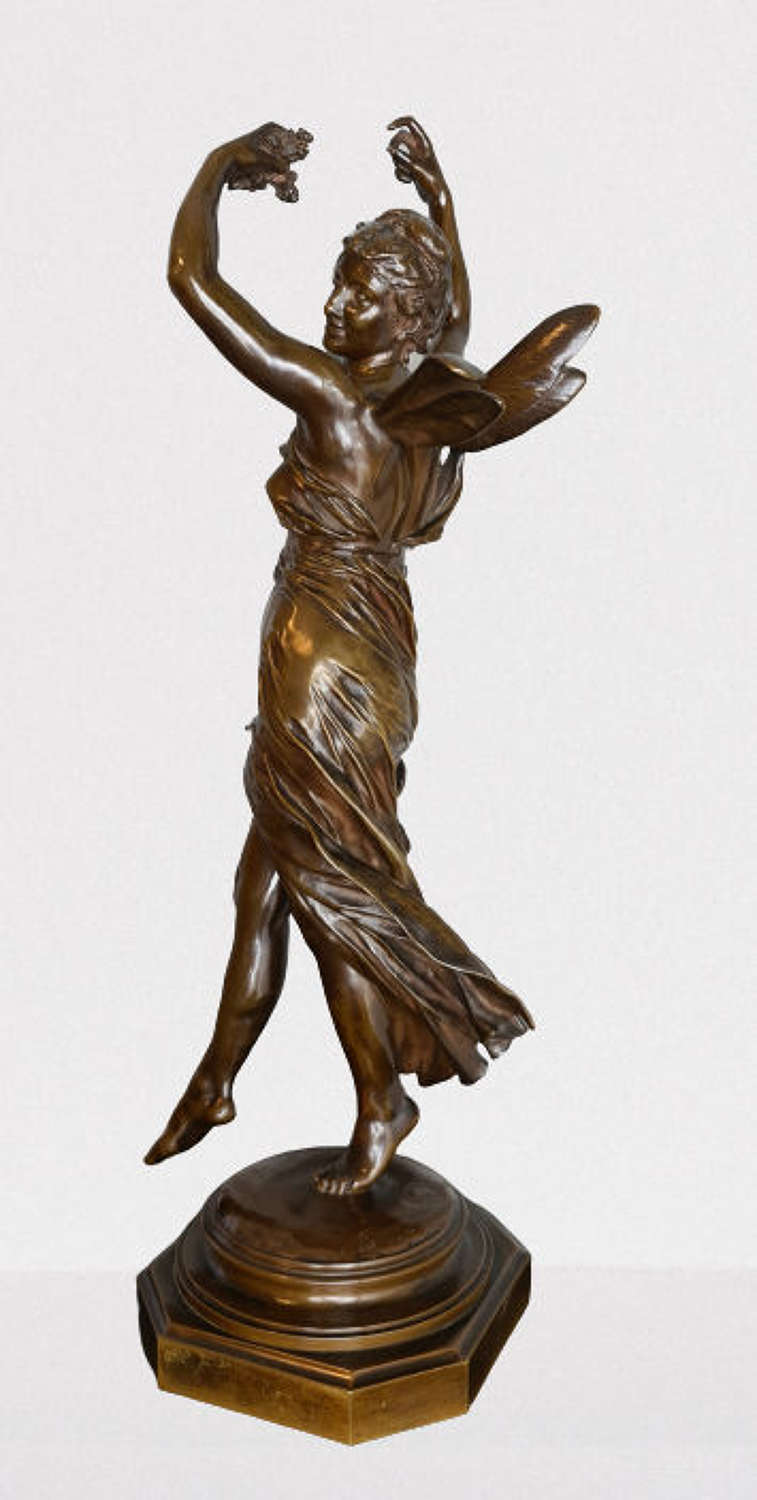 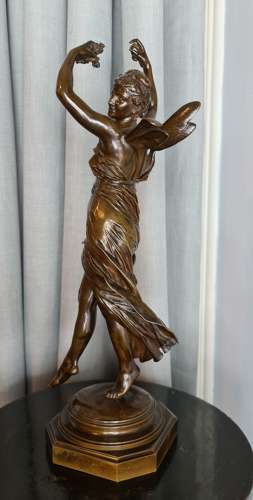 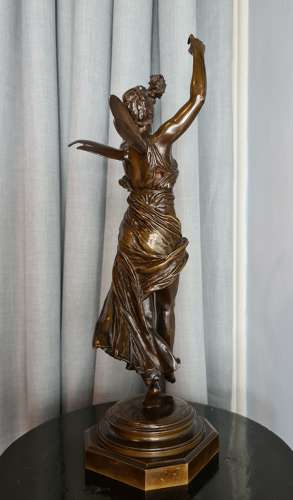 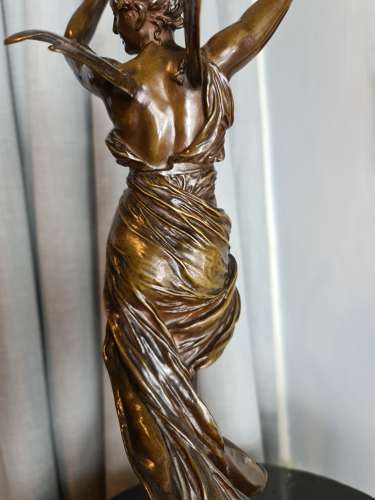 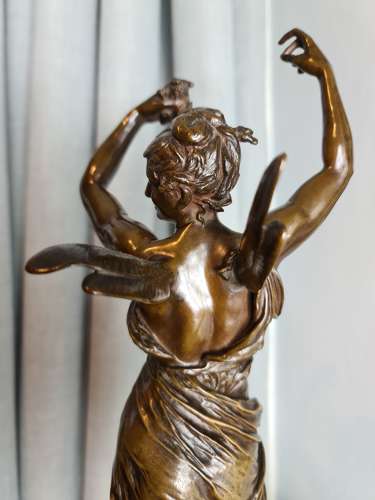 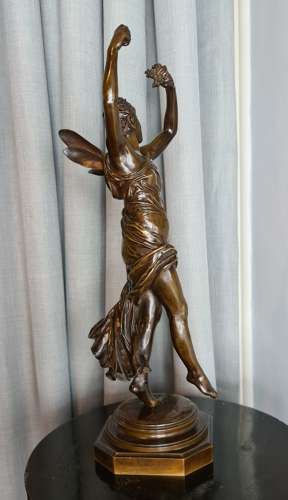 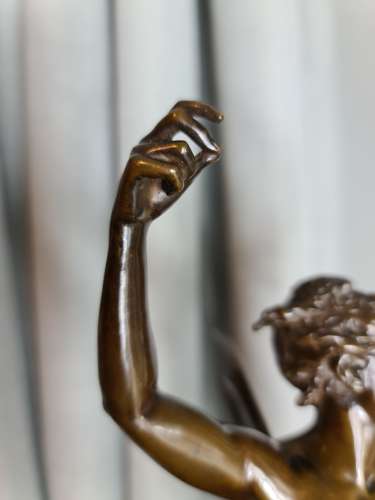 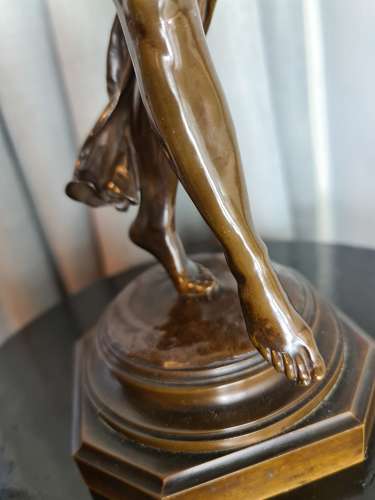 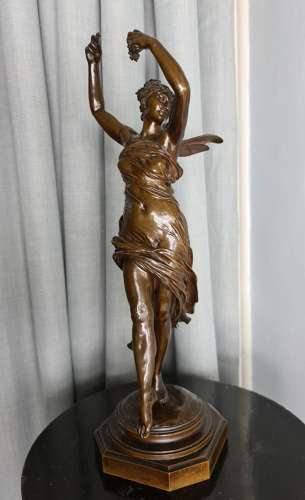 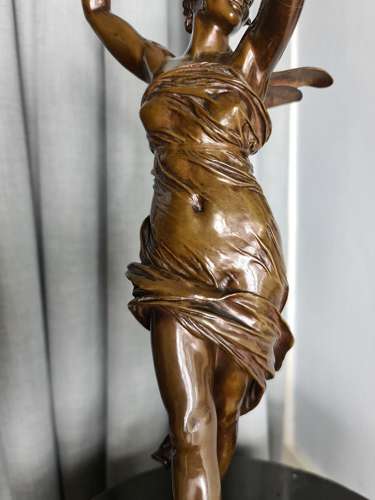 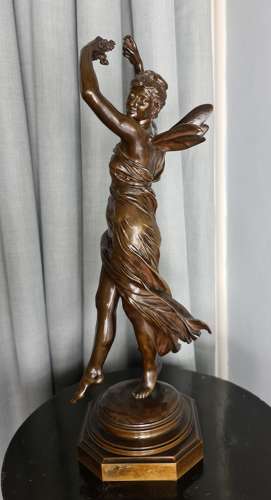 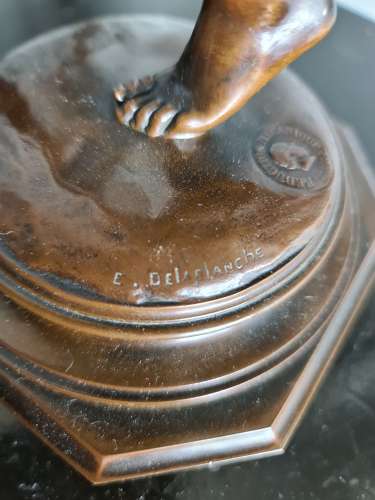 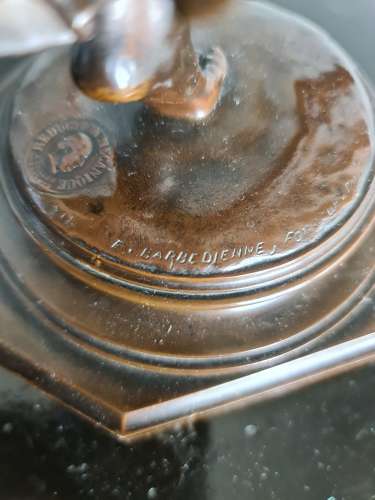 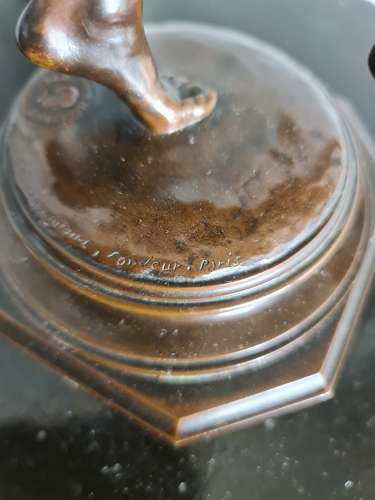 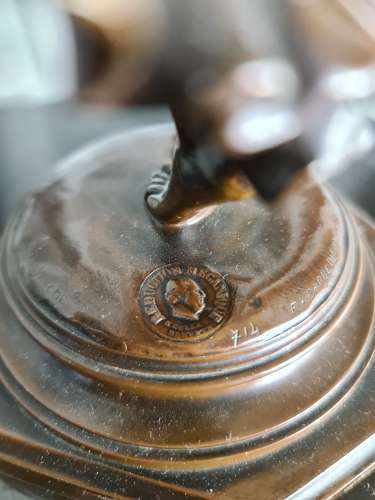 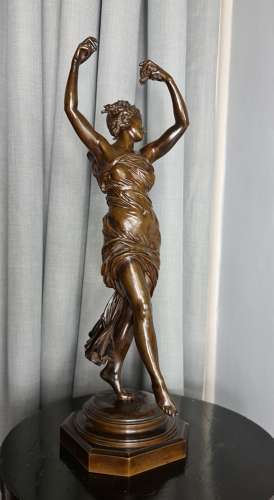 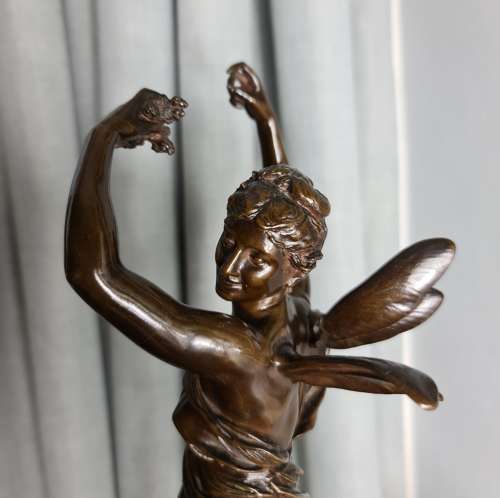 A stunning patinated bronze figure c1880 showing Psyche dancing with flowers in her hand. Her diaphanous gown furling in the breeze. This is a superbly cast figure showing grace and movement and is the work of a skilled sculptor. The cast is of the highest quality and was executed by Barbedienne who were renowned for their skill and craftsmanship in their bronzes. It is signed by E Delaplanche and also has a foundry seal and signature for Barbedienne. A similar figure is shown in Bermans Bronzes. A superb bronze of excellent quality.

Eugène Delaplanche (28 February 1836 – 10 January 1891) was a French sculptor, born at Belleville (Seine). He was a pupil of Duret, gained the Prix de Rome in 1864 (spending 1864-67 at the Villa Medici in Rome), and the medal of honour in 1878. His "Messenger of Love" (1874), "Aurora" (1878), and the "Virgin of the Lilies" (1884), are in Luxembourg. Other works by him are "Music" (1878, Paris Opera House), called his masterpiece; "Eve After the Fall" (1869); "Maternal Instruction" (1875, Square of Sainte-Clothilde, Paris); and the statues of "Security" and "Commerce" (1884) in the Hôtel de Ville, Paris (replicas in the Chicago Art Institute). He is also noted for his decorations in relief on vases of Haviland faience. His best work is naturalistic, but at the same time dignified and simple in line and show sound mastery of technique. He is represented by 15 works in the Glyptothek, Copenhagen, and in many other French museums and in churches.