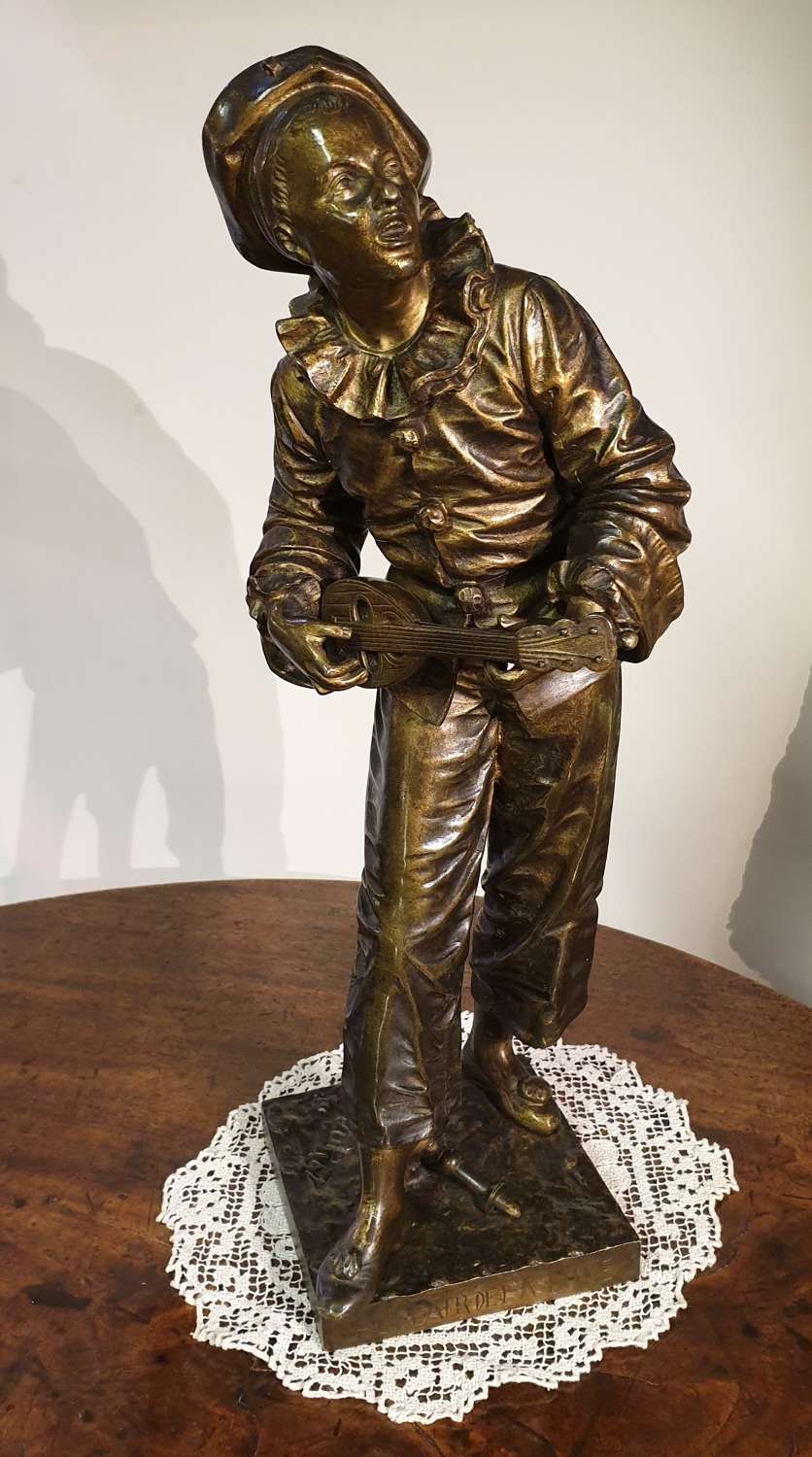 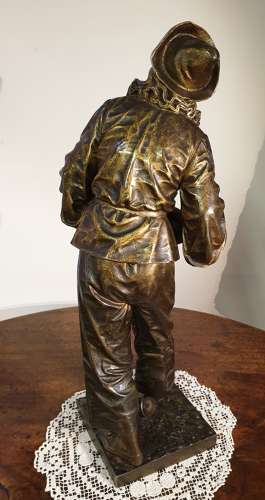 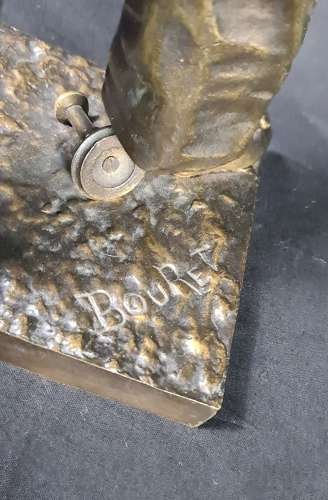 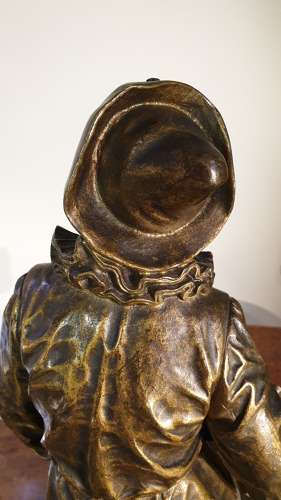 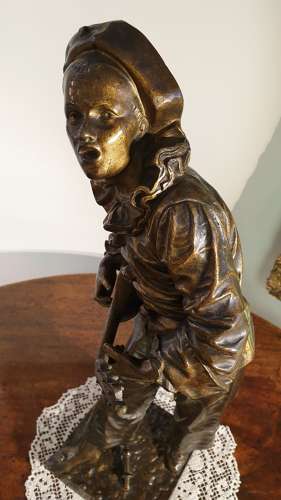 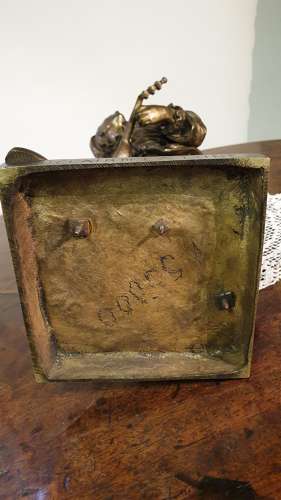 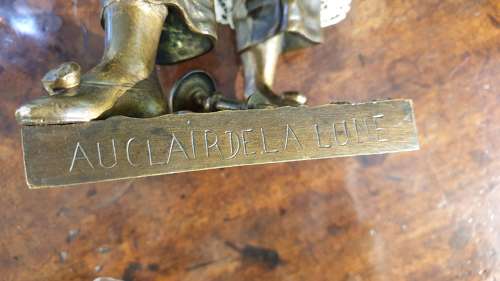 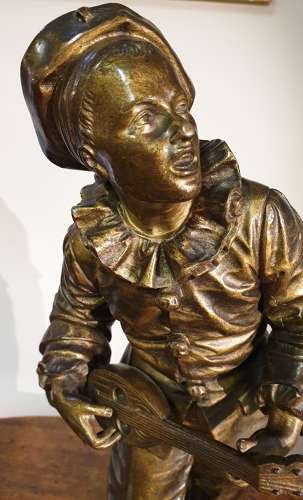 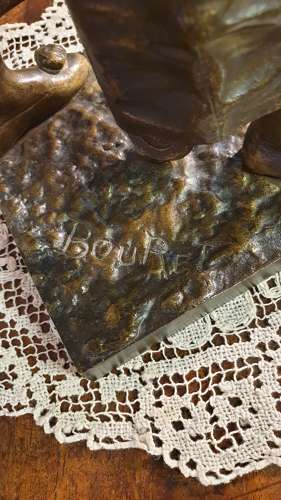 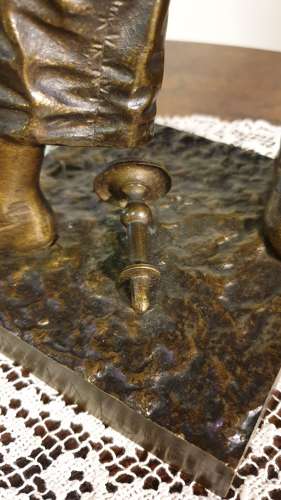 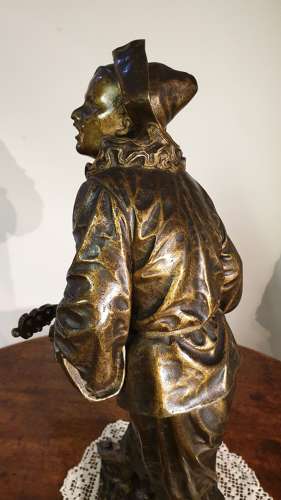 A well patinated 1880/1890’s French bronze of Pierrot. “Au Clare De La Lune”, an 18th Century children’s folk song about a neighbour asking Pierrot for a candle, thus the candle by his feet. Sculpted by Eutrope Bouret (1833-1906) and carrying his impressed mark together with the title of the song on the base.

Eutrope Bouret was a student of Louis Buhot. He exhibited at the Salon from 1875 to 1903. He worked in conventional materials: marble, plaster, terracotta and bronze.