An attractive globe vase with red colouring and gold leaf applied. Signature to base

Phoenician Glass was founded on Manoel Island, Malta in the 1980’s by Leonard Sullivan, an ex-worker from the well known Maltese glass factory Mdina Glass. As a result, many of the early Phoenician Glass designs were similar to designs by Michael Harris at Mdina. Phoenician Glass was named after the ancient Phoenician civilisation, which colonised Malta during the first millenium BC. 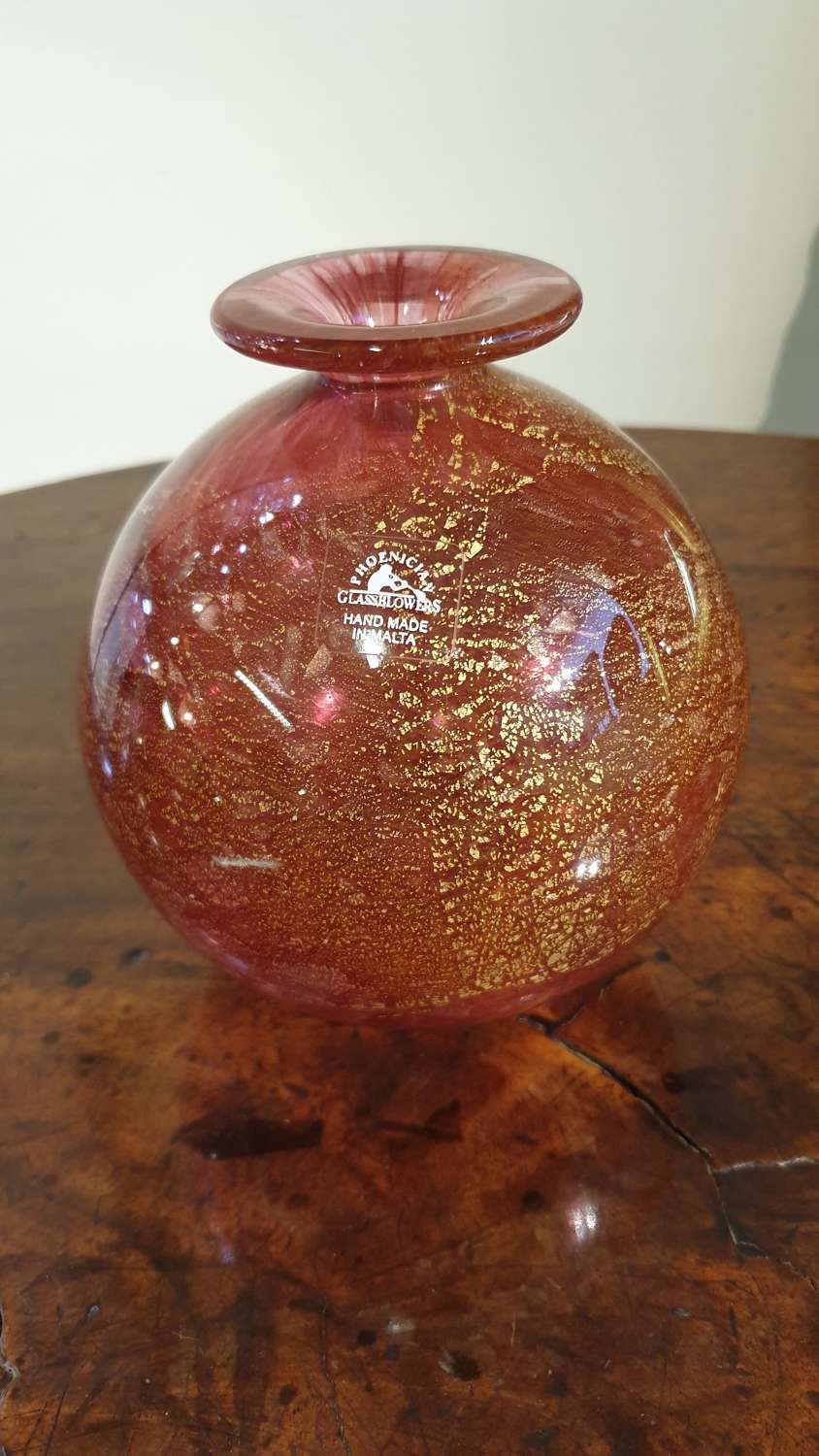 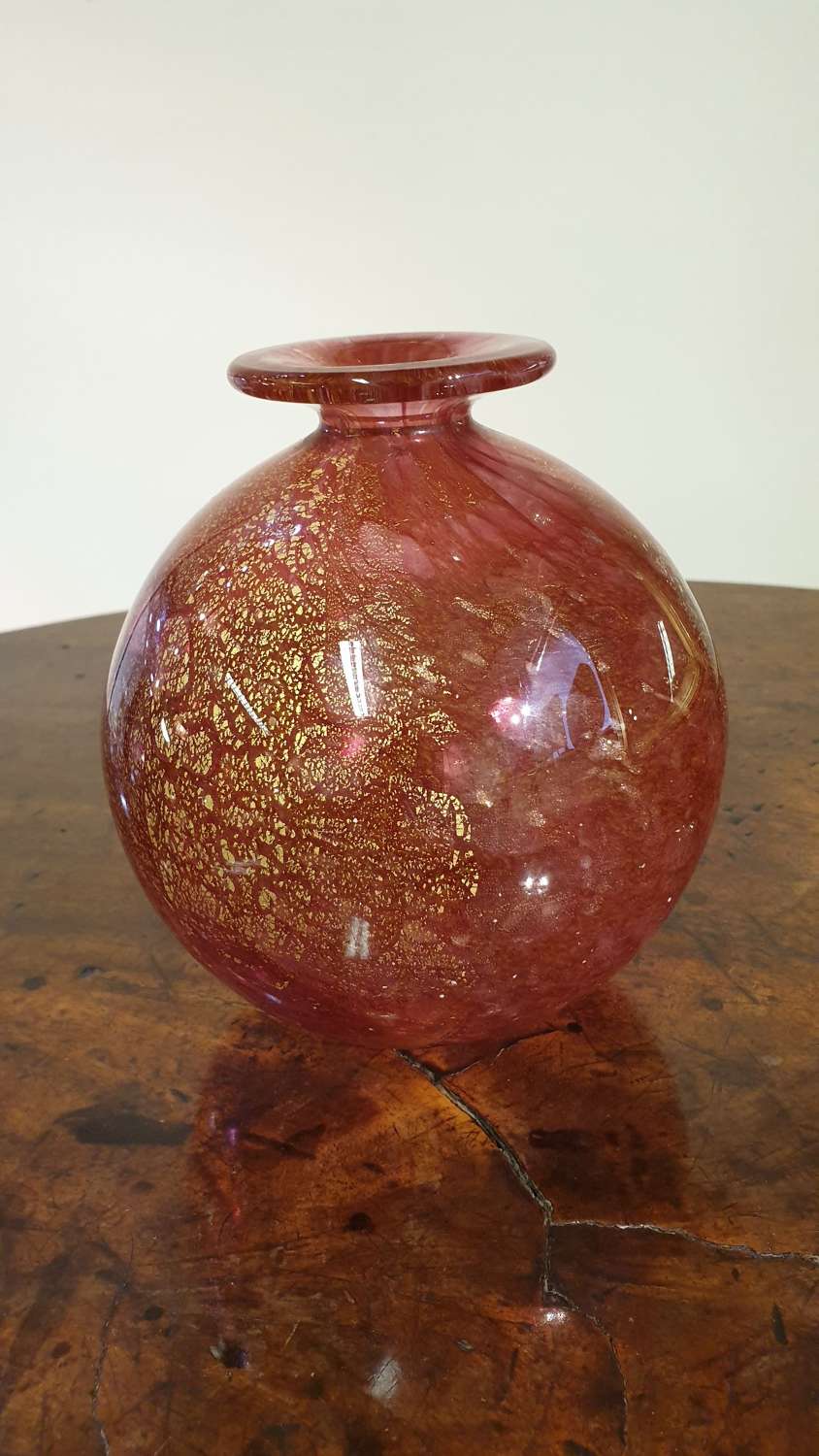 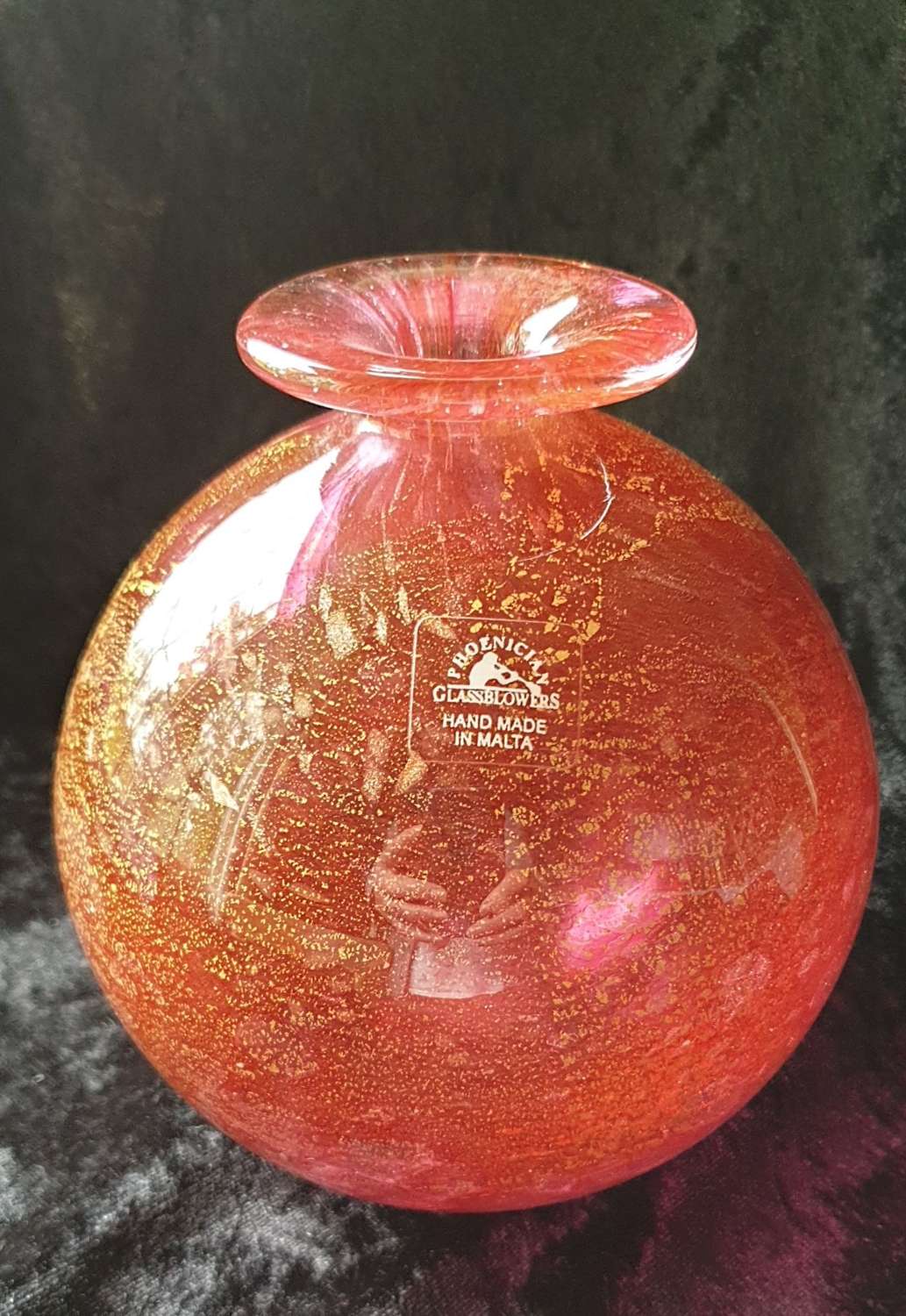