An 18th century German Berlin Factory Pewter Mounted Spatterware Faience Stein circa 1750/60. The stein has a tin glazed spatterware finish over a white glaze and is painted with a central shield shaped cartouche with trees and german style castle/dwelling. Its pewter mounted hinged lid with reeded ball thumb-piece, has a central embossed seal with initials F B D N impressed surrounding.

France began the production of faience steins in the mid-17th century and the style was adopted through out the region. Faience was Europe’s answer to the extremely expensive Chinese porcelain wares imported to the continent prior to the mid-18th century. The body of the stein was formed on the potter’s wheel and fired in a kiln. Next, it was dipped into a milk-white tin glaze to produce a smooth, white surface similar to the porcelain it attempted to emulate. After drying, the stein body was painted with various coloured glazes and fired a second time. 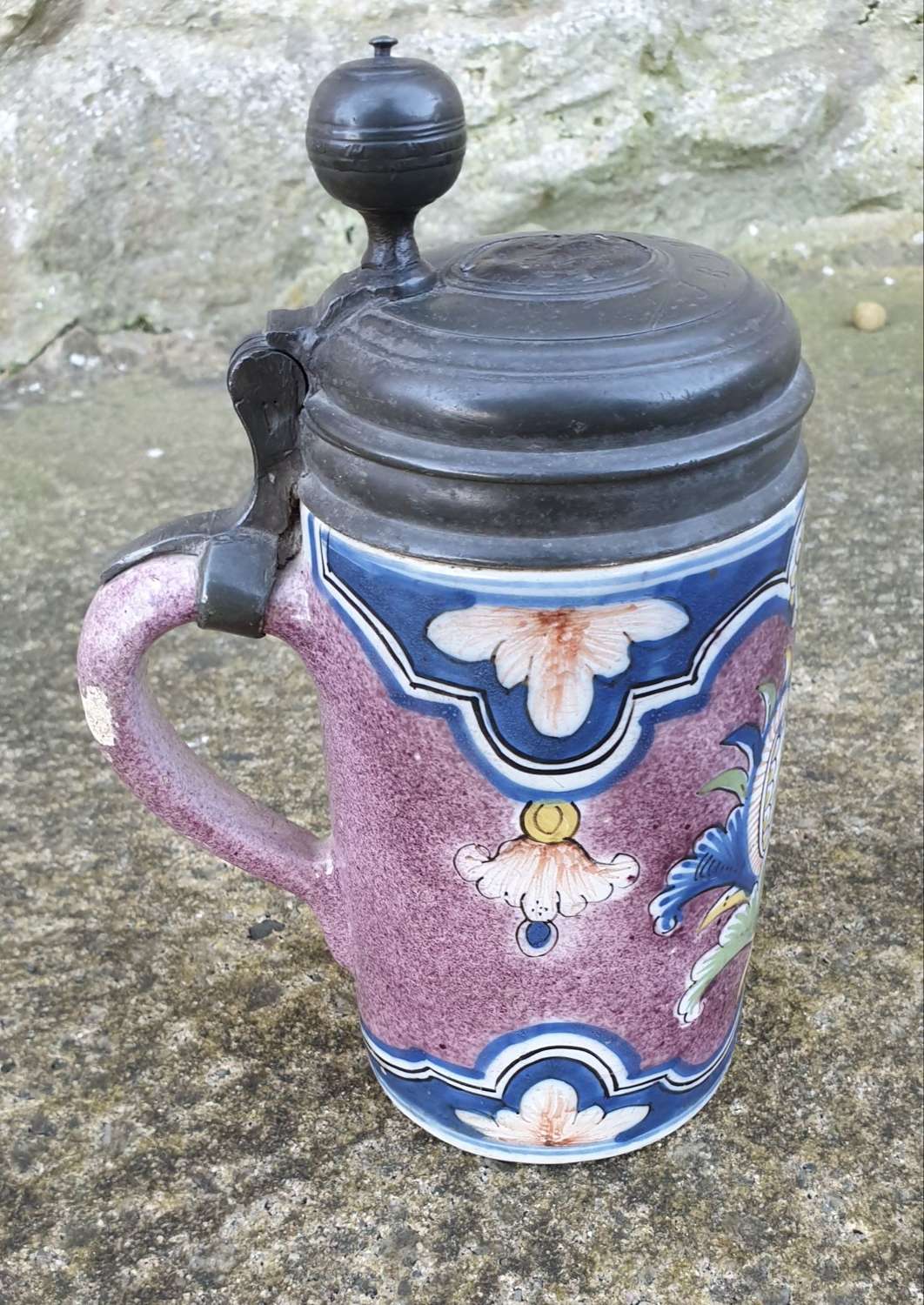 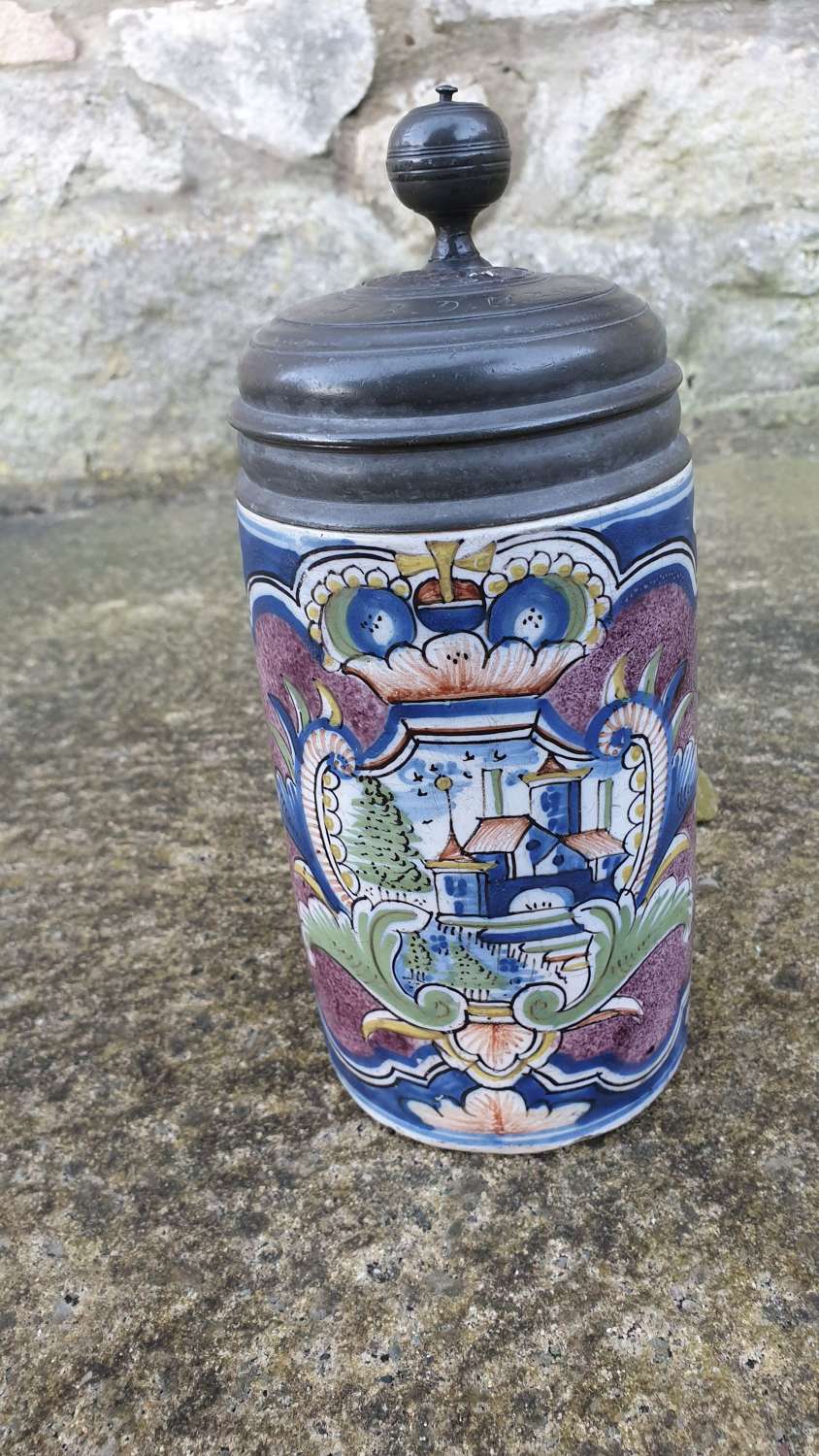 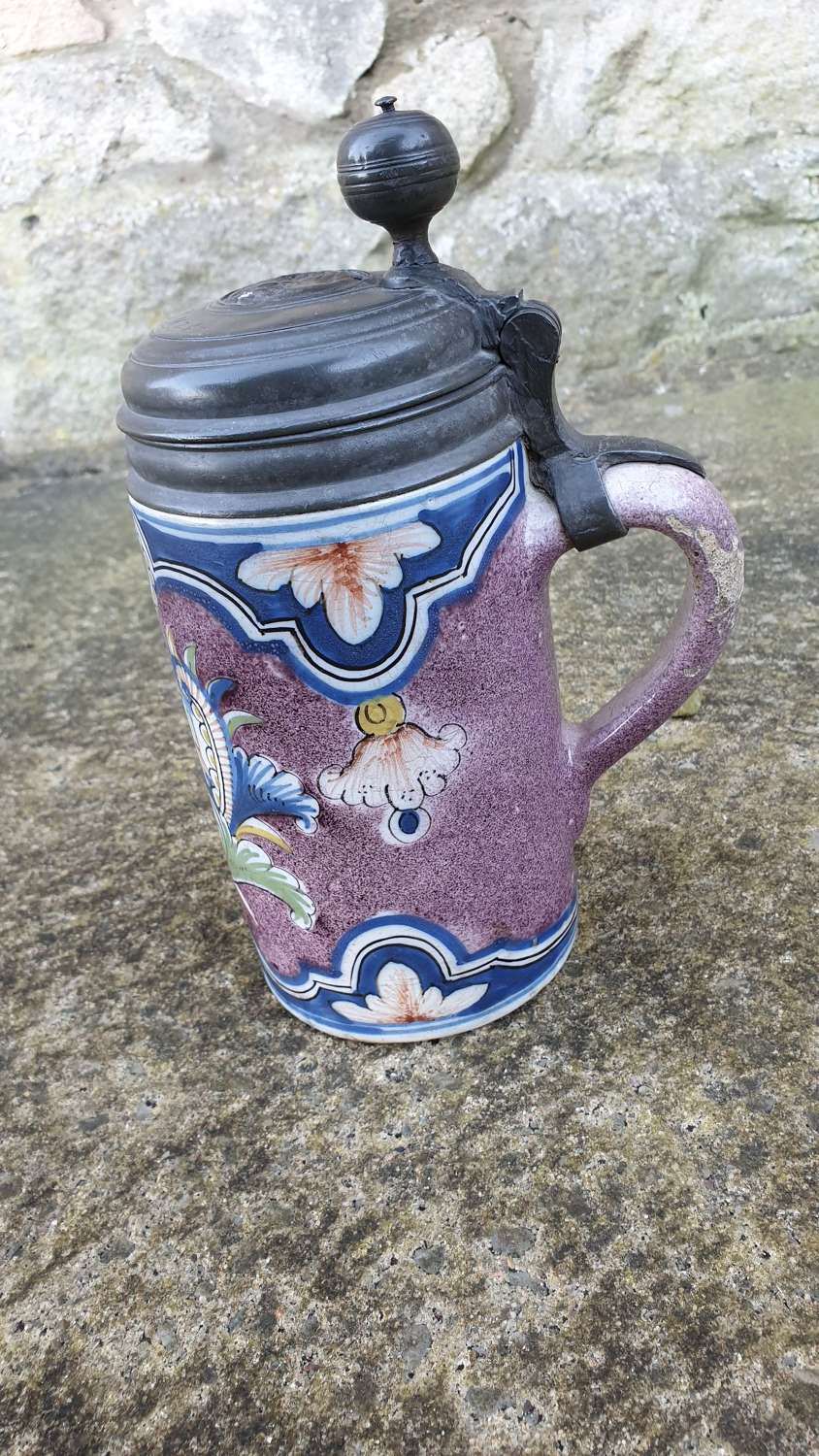 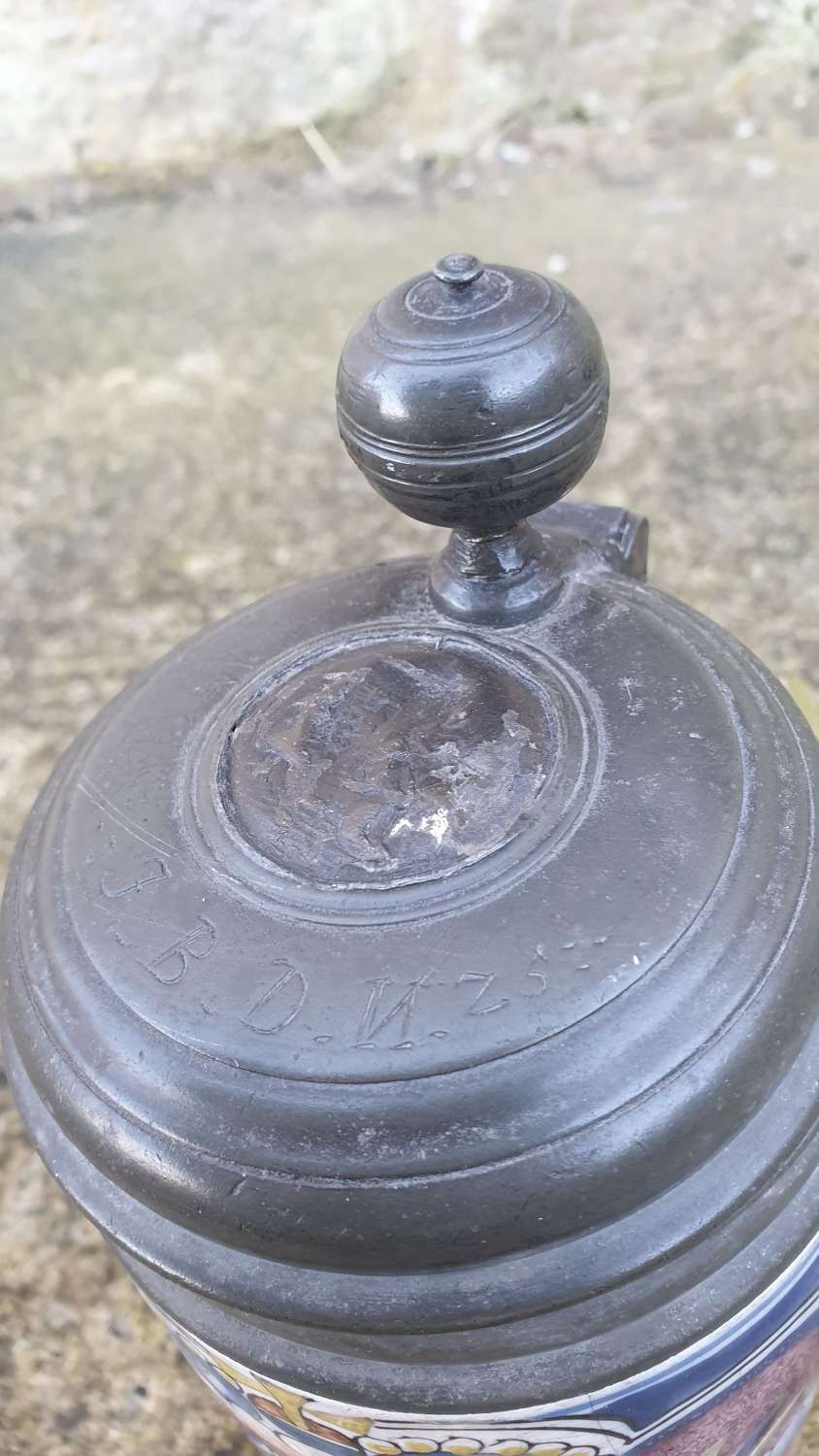 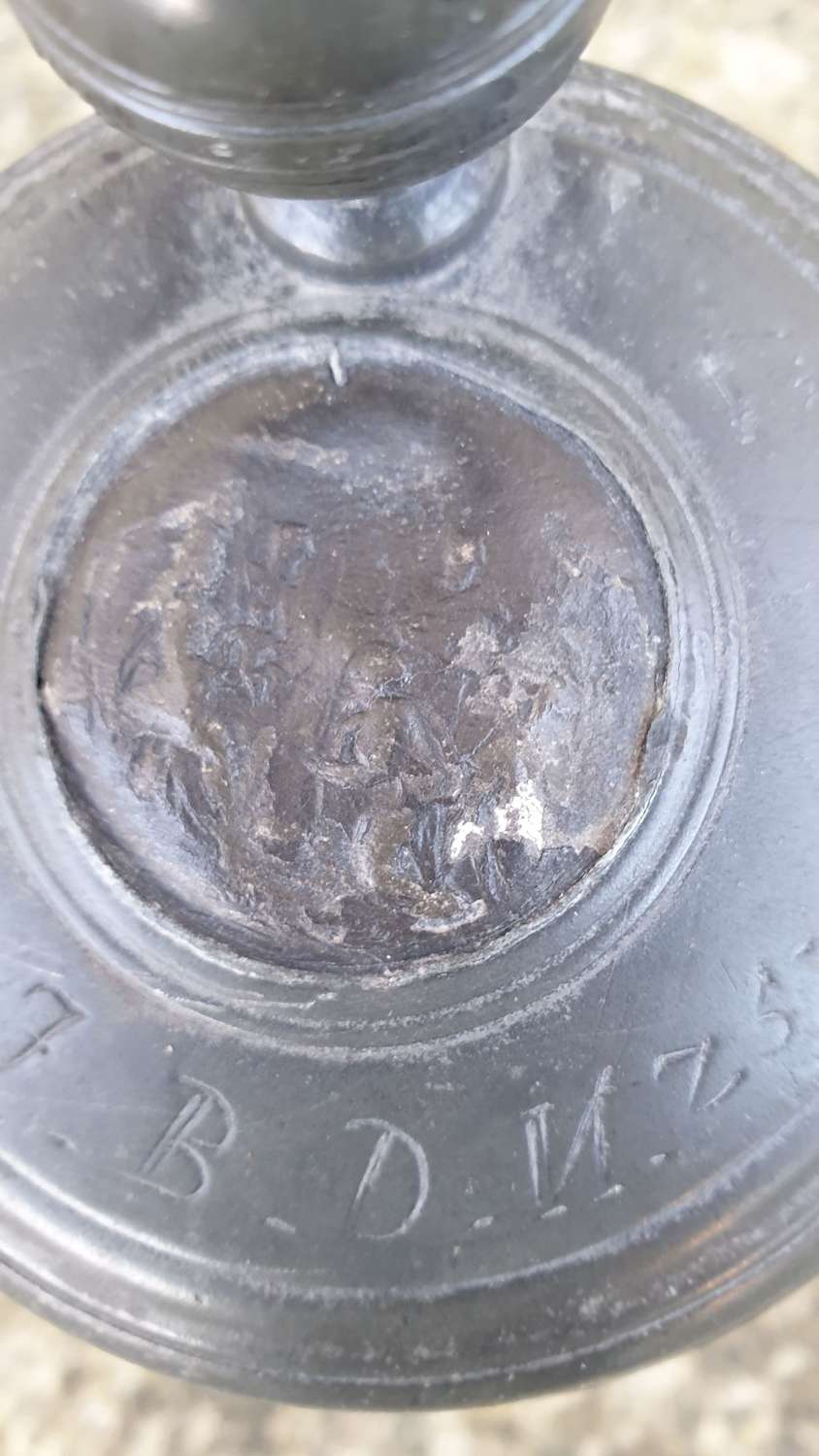 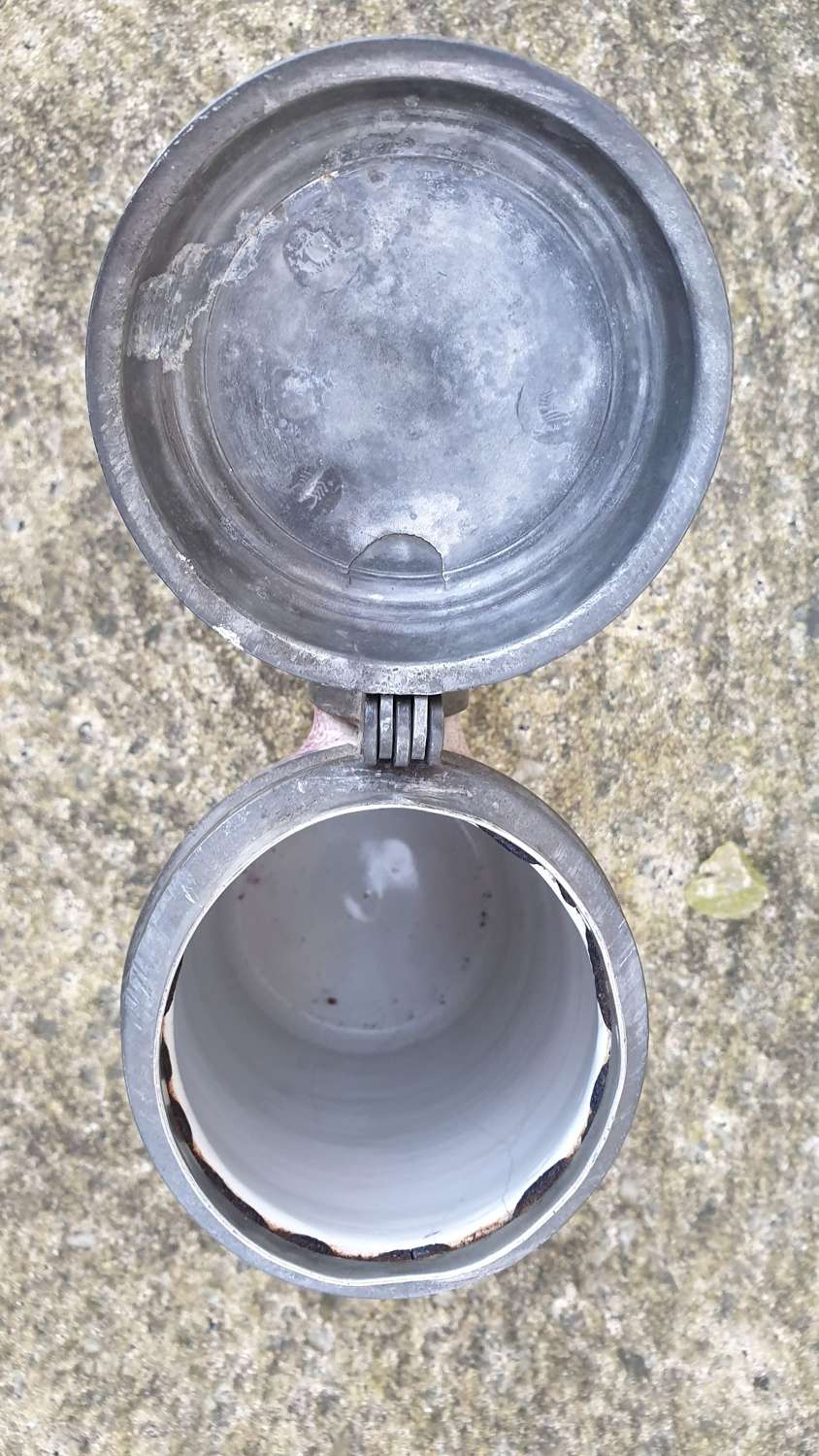 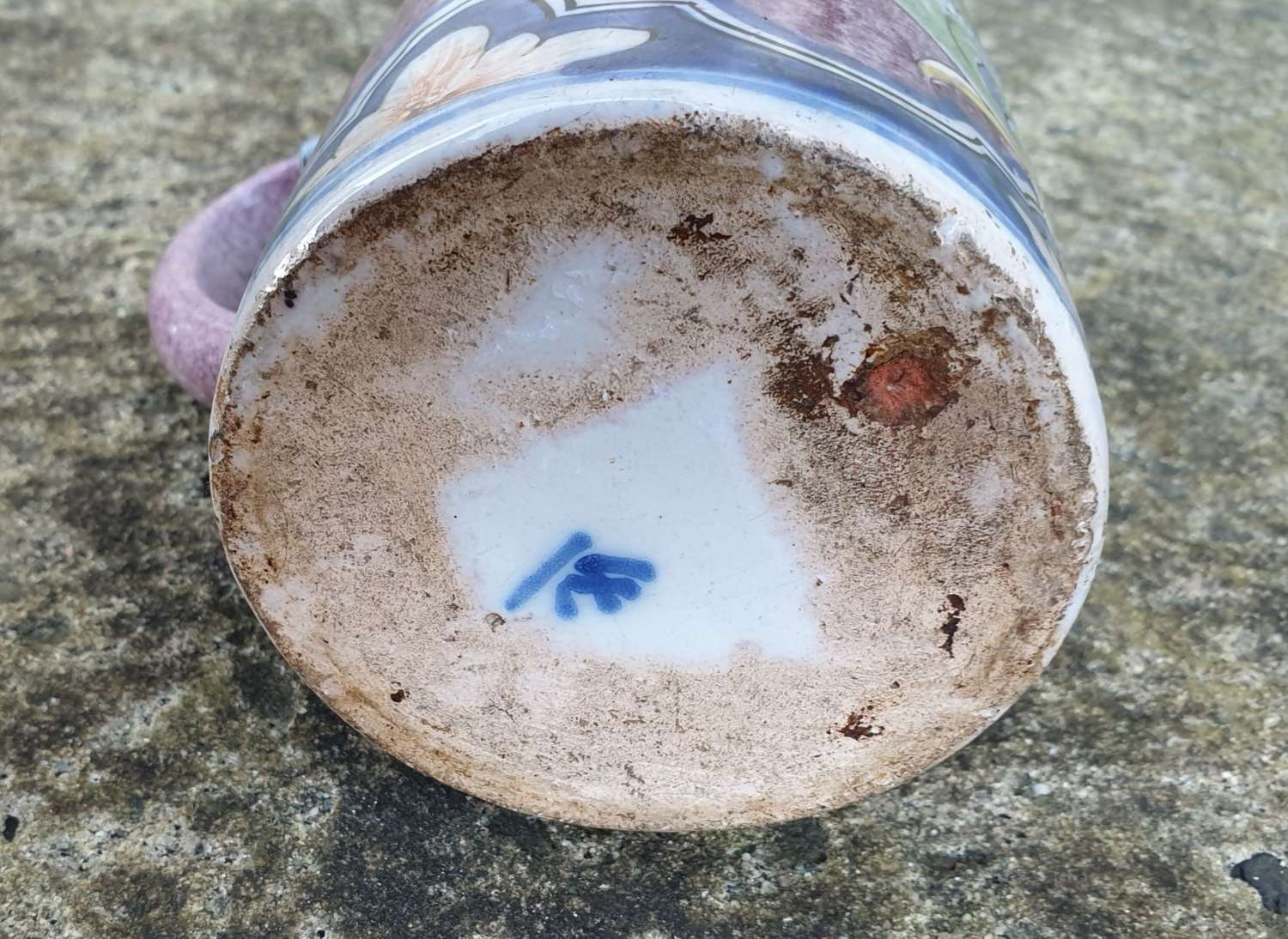 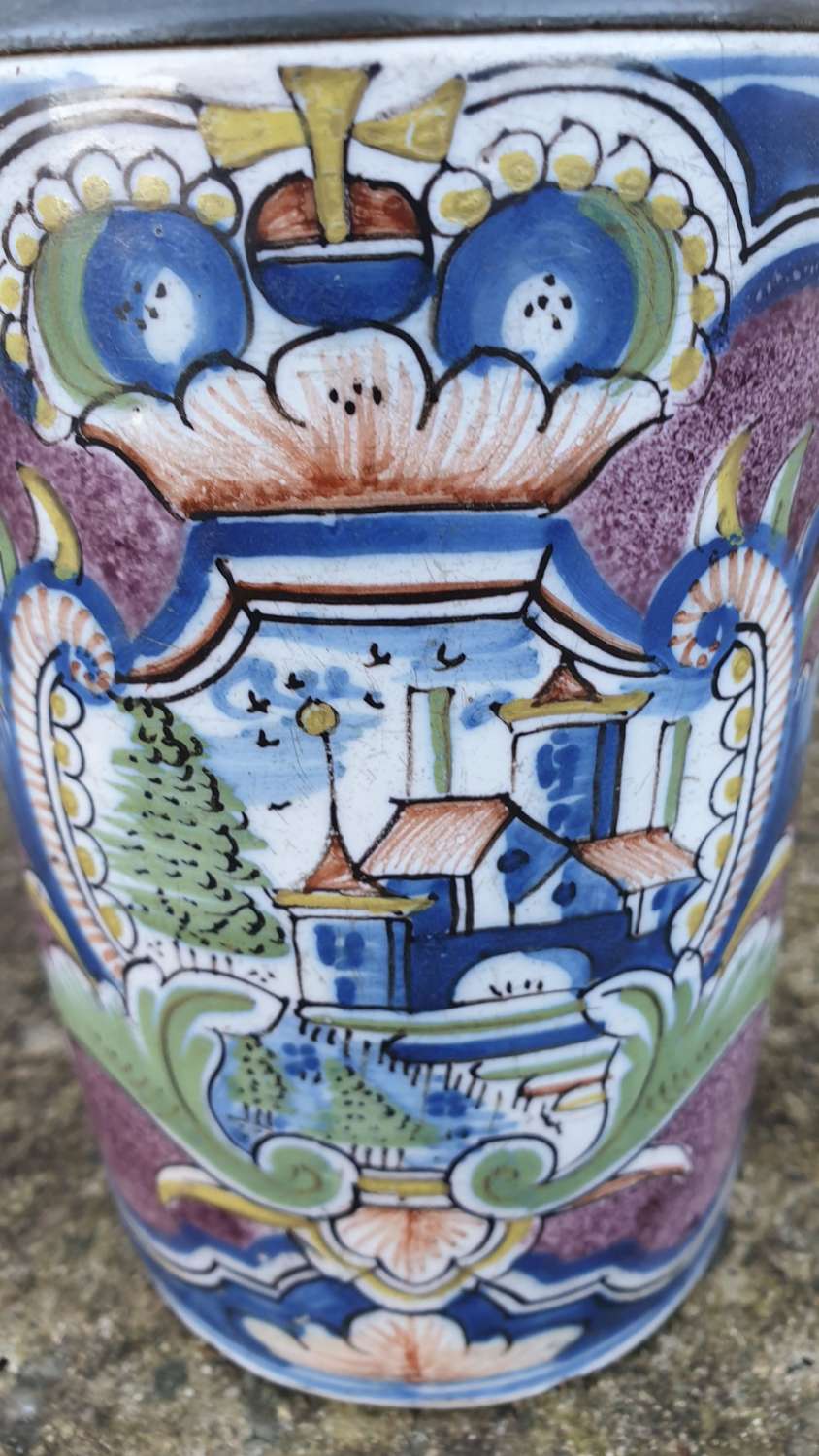 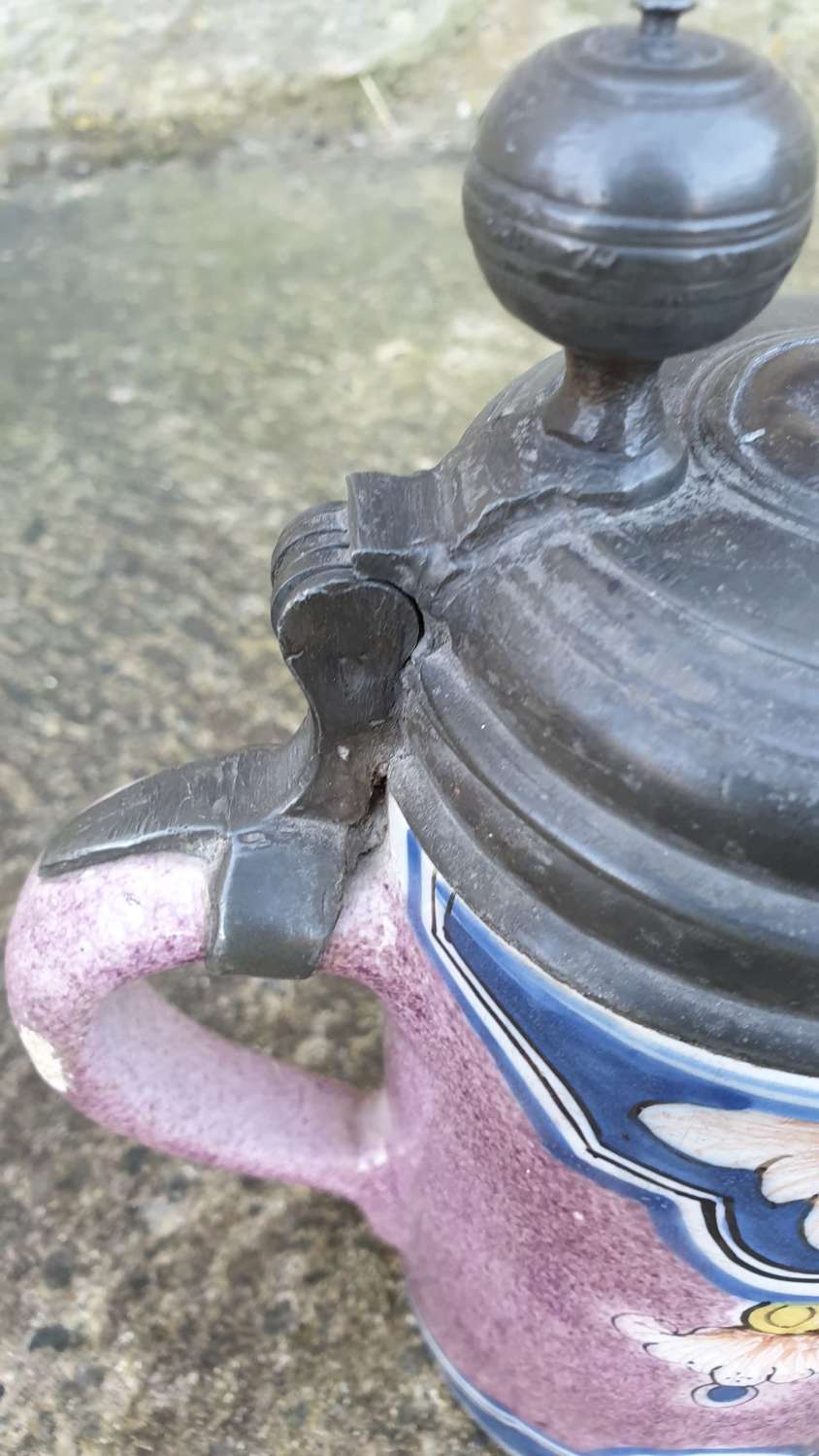 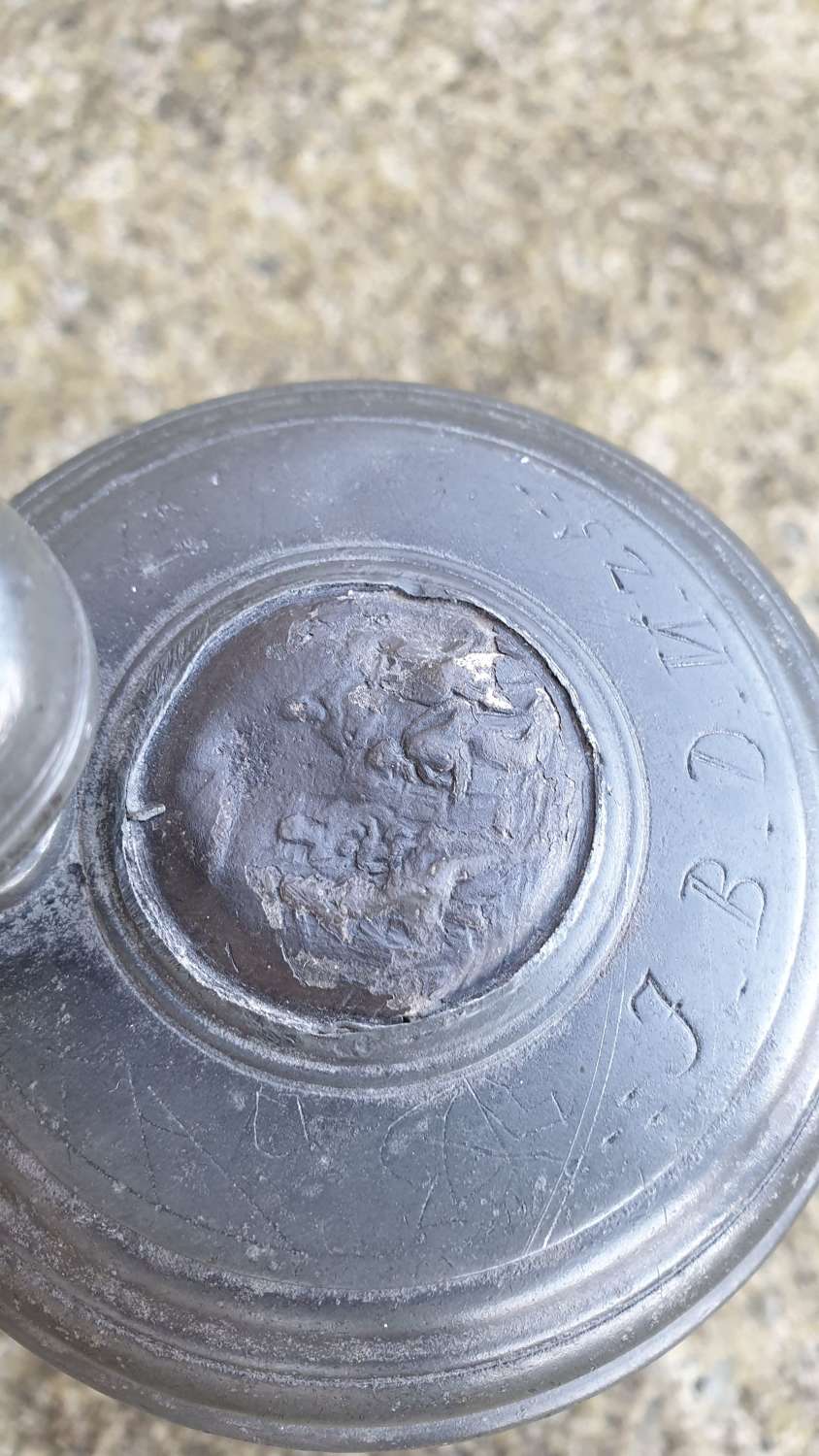